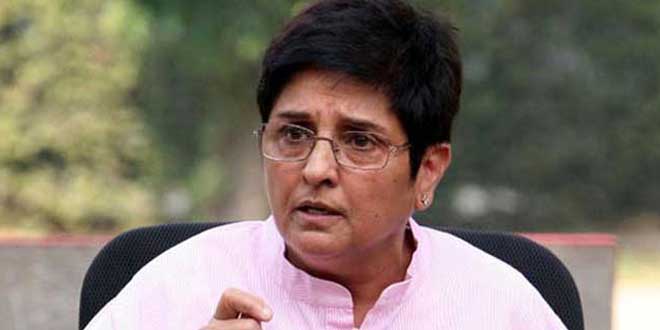 Puducherry: Lieutenant Governor of Puducherry, Kiran Bedi today appealed to the students of Pondicherry University and its affiliated colleges to join the ‘Shramdaan’ movement, part of Swachh Bharat and Swachh Puducherry initiative, to make the Union Territory clean and garbage free.

During her address at the 24th convocation of the university here, she said, she was happy to understand that Pondicherry University had come forward to carry out Swachh Bharat scheme and called upon the youth to realise their duties.

“There is vast scope to go several miles and around 50,000 students from Puducherry would join the movement to make Puducherry a cleaner and neater Union Territory,” added Kiran Bedi.

She further noted that the Puducherry Chief Minister V Narayanasamy had written a letter to the Prime Minister assuring that Puducherry would emerge as an ‘open defecation free Union Territory’ by October 2, 2017.

‘Save Us From Shame’: Bihar’s Young Girls Boycott Jewellery To Build Toilets