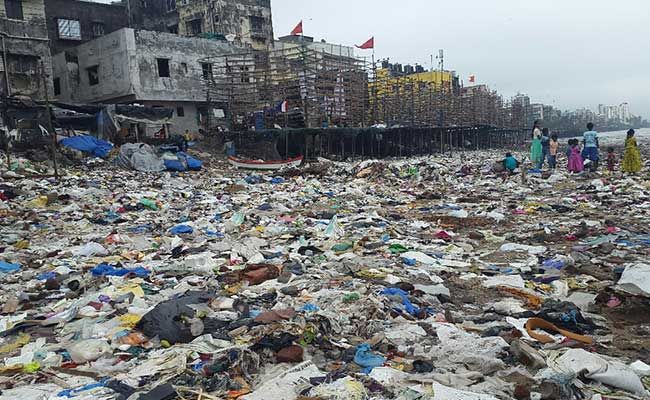 MUMBAI: Garbage and more garbage, lining a strip of beach: It was this view from their window that pushed Afroz Shah and his neighbour Harbansh Mathur to do something about it.

Today much of the sand is visible on one stretch of the Versova beach in the western suburbs of Mumbai – the result of a year-long community effort that has drawn the attention of the United Nations.

“Last year when we started, the plastic on the beach was about 5-and-a-half feet high. From shoulder height, we have brought it down to around ankle height now,” says the advocate, who been leading this inspiring initiative of citizens.

He said he had expected to work for at least 3 years to make even a slight difference. “But we have already seen a significant change in 52 weeks,” he said. Over the last one year, 3 million kilos of trash has been removed from the beach.
Mr Shah says this is “participative democracy at its best”.

The idea that started with just two persons has expanded to 250 registered members and 1,500 volunteers, who are taking part in the clean-up every week-end. 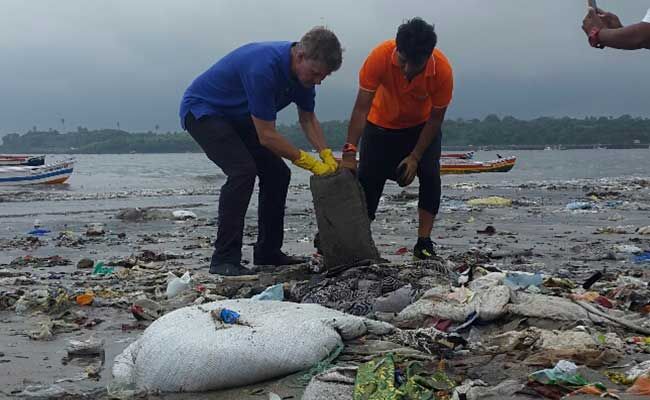 The head of the United Nations’ environment programme, Erik Solheim, who was coming to India, advanced his travel plans to take part in the Versova clean-up today. His official visit to India begins tomorrow.

“These are among the most polluted beaches in the world. I’ve never seen such a horrendous sight. I was shocked. I had seen it in photos but it was still quite a bit to see all this plastic and the kind of things that are thrown,” Mr Solheim told NDTV. “They are doing a fabulous job and we all need to support it. And there is a message for all of us.”

Related Topics:
Mumbai Clean Up Versova Beach
Up Next