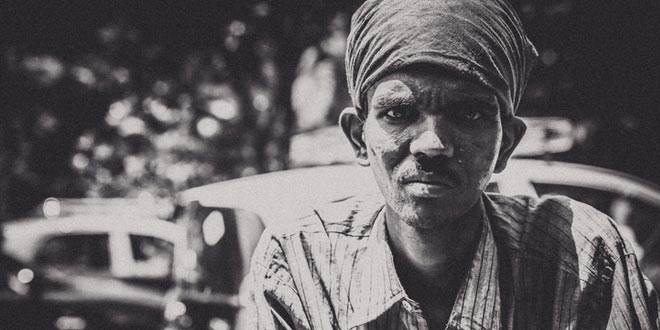 New Delhi: Child and maternal malnutrition is the leading cause of diseases in India followed by air pollution in 2016. These were the findings of a study done as part of a joint initiative between the Indian Council of Medical Research (ICMR), Public Health Foundation of India (PHFI), and Institute for Health Metrics and Evaluation (IHME) in collaboration with the Ministry of Health and Family Welfare. The study finds that in India the per capita disease burden due to unsafe water and sanitation is a massive 40 times higher than China and 12 times higher than Sri Lanka. The report further highlighted that unsafe water, sanitation, and handwashing was the second leading risk responsible for disease burden in India in 1990, but dropped to the seventh leading risk in 2016. The disease burden, mainly of diarrhoea and other infections, from unsafe water and sanitation has dropped from 13 percent of the total burden in 1990 to 5 percent of the total in 2016. According to the report, the ongoing Swachh Bharat Abhiyan has the potential to improve the sanitation conditions in the country.

The study was launched by Vice-President Venkaiah Naidu and he said, “Many health indicators in India continue to be poorer than some other countries at a similar level of development. This implies that while significant health improvements have happened in India, we could do better. In order to do better, several things need to happen in parallel. These include higher priority for health in the country’s policy making and enhanced resources for preventive and public health measures. There should be adequate mechanisms at the ground level for keeping Indians healthy and for suitable healthcare when they fall sick.”

Many health indicators in India continue to be poorer than some other countries at a similar level of development.  This implies that while significant health improvements have happened in India, we could do better.

According to the study, the disease burden due to unsafe water and sanitation is highest in several Empowered Action Group states (the eight under developed states: Bihar, Chhattisgarh, Jharkhand, Madhya Pradesh, Odisha, Rajasthan, Uttaranchal and Uttar Pradesh) and Assam, and higher in females than in males. And, the improvement in exposure to this risk from 1990 to 2016 was least in the Empowered Action Group states, indicating that higher focus is needed in these states for more rapid improvements, the report said.

Unsafe sanitation remained the fourth leading risk in the Empowered Action Group states and sixth in the North-East, but did not feature in the top 10 risks for other states. The death rate from diarrhoeal diseases is higher in the EAG states in 2016. For example, the death rate from diarrhoeal diseases in Jharkhand is 120 (per 100,000 population) compared to 14 in Goa, the data in the report show.

India has had a long history of efforts to improve sanitation, including the efforts being done as part of the Swachh Bharat Abhiyan and this report bolster the case for further strengthening programmes that provide focused safe sanitation to women and children, particularly girls.

Notably, the burden of household air pollution decreased during this period due to decreasing use of solid fuels for cooking, and that of outdoor air pollution increased due to a variety of pollutants from power production, industry, vehicles, construction, and waste burning.

I congratulate all the stakeholders, this report will play a major role in taking more specific action to improve the health and lives of the poor with special focus on the states that are relatively less developed.

While commenting on this report, Jagat Praksh Nadda, Minister of Health and Family Welfare said that the data and results in this report of the India State-Level Disease Burden Initiative can serve as a useful guide to fine-tune health planning in each state of the country.