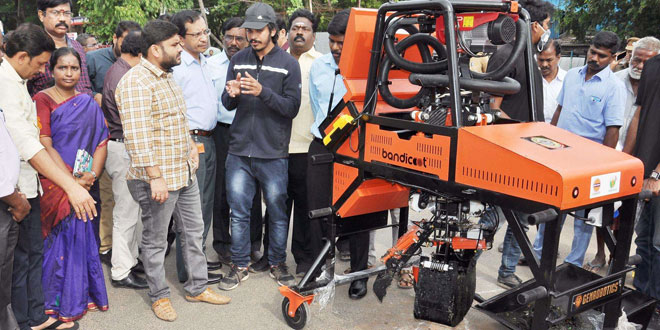 New Delhi: For 39-year-old Gabar Singh manual scavenging is a means to earn bread and butter for his family. The meagre amount he gets for the demeaning job- cleaning septic tanks, sewers and gutters, involves risk of his life. Despite being an illegal activity, since 1993, over 50,000 people in India are employed in manual scavenging, according to a survey by Ministry of Social Justice. To abolish manual scavenging in the temple town of Kumbakonam in Tamil Nadu, Kumbakonam Municipality has decided to deploy ‘Bandicoot’, a pneumatic semi-robotic device developed by GenRobotics Innovations Pvt Ltd, a start-up founded in 2017.

From the second week of August, the training process will begin. For a month, sewer workers will be trained to use Bandicoot. 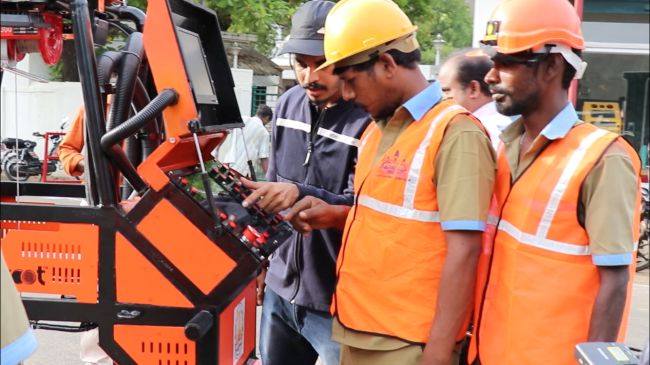 Explaining how Bandicoot will clean sewers and manhole in 20 minutes, Arun says,

Bandicoot has two units – first, the stationary unit that has the control unit requires user interface, second, robot unit that goes inside the manhole. The spider like arms can enter deep into the manholes irrespective of its width and depth. The robot with four limbs collects the waste from the bottom of the sewage lines, remove clogs, and position itself with a jet pressurised with water to clean the pipes. Once scooped, the waste is dumped into a bucket attached to it. The robotic unit which mimics all the man activities has waterproof night vision cameras, advanced technology, sensors and other control panels. 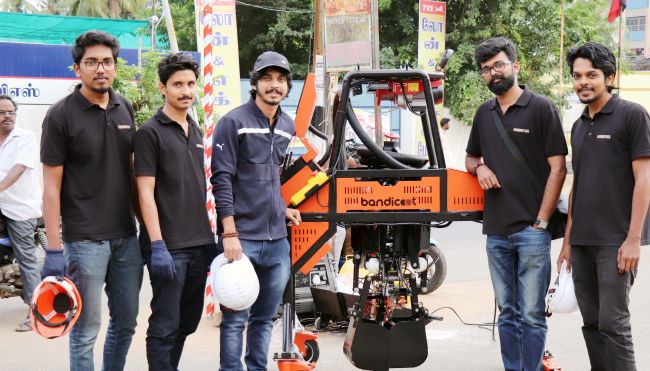 Team GenRobotics, the brains behind Bandicoot

Designed to clean the filth and other liquid waste clogged in manholes and reduce number of deaths related to manual scavenging, costing Rs. 15-17 lakh, ‘Bandicoot’ was first introduced in Kerala in February 2018. For Kumbakonam in Tamil Nadu deployed it for the first time on July 21. By the end of August, Bandicoot will be making its debut in Andhra Pradesh and by the year end, the GenRobotics team plans to spread their wings across India.