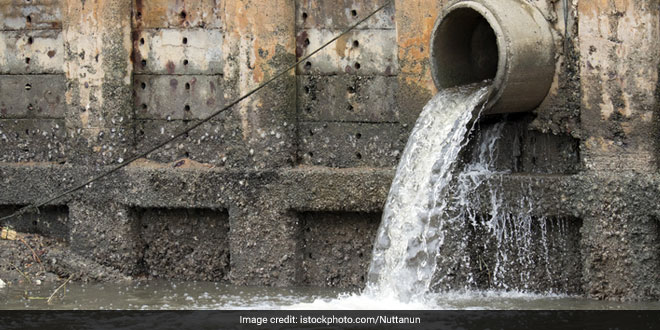 New Delhi: Indian Institute of Technology (IIT) Delhi on Wednesday presented a report on waterlogging to Chief Minister Arvind Kejriwal, suggesting that all stormwater drains be maintained by a single agency.

Chief Minister Kejriwal directed the authorities to implement the report which has identified specific sewers and drains causing waterlogging and flooding during monsoon.

The report has also spelt out the reasons for the clogging of specific sewers and drains.

The last Drainage Master Plan for Delhi was prepared in 1976, when the population of Delhi was 60 lakh.

Population of Delhi as per Census 2011 stands at 167 lakh and the projected population as per Master Plan Delhi 2021 is 250 lakh.

According to the report, to alleviate the flooding conditions in various parts of the city, the stormwater infrastructure has to be made efficient.

“So, it is pertinent to apply corrective measures to the faulty drainage infrastructure and introduce low-cost flood preventing measures such as waterbodies rejuvenation, rainwater harvesting using parks and low-impact development options,” the report suggested.

Further, the solid waste and the sewage has to be managed in such a way that they do not interfere with the stormwater drainage, it said.

Among the recommendations of the report were ensuring no encroachments and no sewage in storm drains.

It also suggested that no solid waste and construction and demolition waste should be allowed into the storm drains.

The report by the IIT Delhi on the causes of waterlogging and flooding in Delhi was prepared by the Department of Civil Engineering.

The report had been commissioned by the Department of Irrigation and Flood Control of Delhi.

Also Read: Sewer Work Delayed By 10 Years Due To Lack Of Due Diligence By Delhi Jal Board: CAG Report

Bid Adieu To Manual Scavengers And Meet Bandicoot, A Robot That Will Clean Sewers In Tamil Nadu