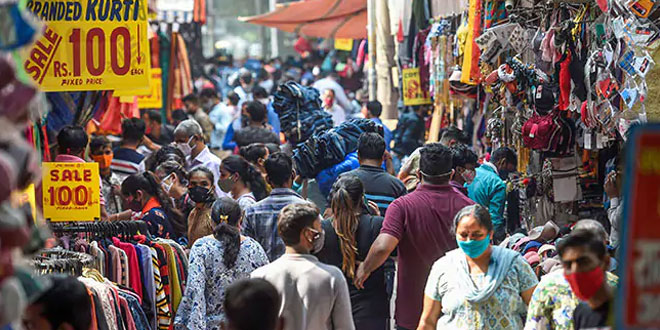 According to the director of city-based ICMR-NICED, Shanta Dutta said that the contagion would have been more if people were not vaccinated

Kolkata: The burgeoning COVID-19 infection in West Bengal, particularly in the city and its neighbourhood, is due to the casual attitude of the general people who have dumped the safety protocols emboldened by their being fully vaccinated, medical experts here said. The people, like in other states, are no longer wearing masks or maintaining social distancing required to check the contagion, they said. The current surge of coronavirus cases in Bengal might not be as dangerous as it was during its outbreak in 2020 but more and more people might be infected this year. The number of fatalities will not be as high as what the state witnessed before people were fully vaccinated, the doctors felt.

In a statement to the news agency PTI, Hiralal Konar, Joint Platform of Doctors said.

This was inevitable going by the casual approach of the common man towards the disease. The virus is very much here but the people are not using masks nor maintaining social distancing. There are congregations of people where you will see all flouting the safety norms. This time because majority of the population are vaccinated the virus may not have a big impact. People may fall ill to the disease, but there will be less deaths.

Konar’s words were echoed by the principal of state-run Infectious Diseases and Beliaghata General (ID&BG) Hospital, Anima Halder who also expressed her concern over the increasing number of coronavirus patients getting admitted to the medical facility every day.

Though the situation is under control, it has deteriorated because of our don’t care attitude. At the moment I’m very concerned about the daily increasing number of patients at my hospital. We must have continued maintaining the protocol.

She urged the administration to be strict so that the protocol is followed religiously by all and the surge of the infection can be arrested.

West Bengal in the past one-and-half weeks has seen a sharp rise, almost 92 per cent, in the number of new cases of the contagion. While on June 4, West Bengal reported only 31 fresh cases, it reported 362 only 15 days later on June 19. The metropolis registered the maximum new cases followed by North and South 24 Parganas districts.

The positivity rate has also shot up from 0.28 per cent to 3.50 per cent (on June 19), the state health department said in its bulletin. The number of Covid-19 hospitalisations at private medical facilities has also gone up in the past three weeks, officials said.

An official of a private hospital on EM Bypass in the city said.

The number of COVID-19 patients has gone up since first week of June. Almost every day we are getting cases. This may go up if the current trend of rise in the cases.

According to the director of city-based ICMR-NICED, Shanta Dutta said that the contagion would have been more if people were not vaccinated.

The attitude of the people is as if Covid-19 has receded and even as if it was never there. Don’t understand how have they forgotten the condition during the two waves so easily and given up using masks and maintaining social distancing. Look at the way people are travelling in buses and metros and trains. Thankfully most of them are fully vaccinated or the situation could have gone beyond what we are seeing now.

The scenario is, however very different in the districts where almost nil cases are reported in a day, a state health department official said.

The districts are far far better placed. We hardly have any cases from there. The districts which are adjacent to Kolkata are reporting cases, but other than them we are getting either no cases or at the most two or three in a day.

The situation in rural Bengal is “nothing to worry about”, Sanjib Bandyopadhyay of Burdwan Medical College and Hospital said.

As of now, the situation in both East and West Burdwan districts as well as in Hooghly is nothing to be worried about. Things are better here.

Also Read: Mumbai Records 1000 Per Cent Rise In Daily COVID Cases In Less Than A Month

International Day Of Yoga 2022: ‘Yoga Is Becoming The Way Of Life’, Says PM Modi From Mysuru