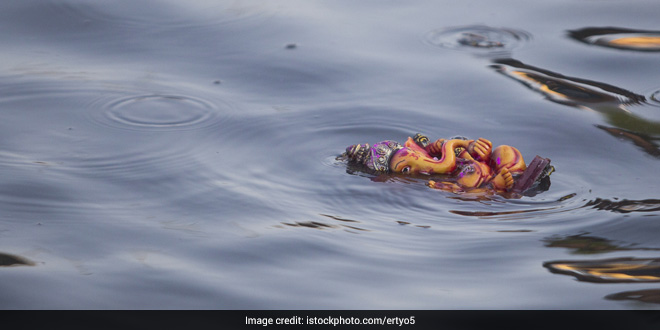 New Delhi: The morning after Mumbai bid goodbye to Ganpati Bappa, thousands and thousands of people gathered on various beaches of the city just to help collect the Ganpati idols, cleanup the debris and garbage left behind post Ganesh Chaturthi festival and save Mumbai’s beaches. Actor Dia Mirza along with 1200 volunteers took to cleaning Juhu beach while lawyer turned Swachh crusader, Afroz Shah and Randeep Hooda along with 900 volunteers cleaned up city’s Versova beach to ensure it retains its newly acquired cleanest beach in the city title. Some like Chief Minister Devendra Fadnavis chose to adopt the eco-friendly immersion route by opting for the artificial pond to prevent harmful elements like Plaster of Paris and other toxins from harming the water bodies of Mumbai. 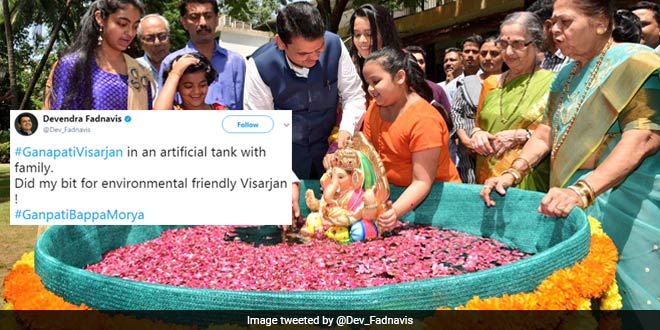 In order to check water pollution caused due to idol immersion, the Brihamumbai Municipal Corporation (BMC) set up 32 artificial ponds in the city this year. 40,572 idols were immersed in these ponds and saved from adding to the pollution of the sea. Or may be not.

Explaining the process that is followed after Ganpati Visarjan, Vijay Khabale Patil, a spokesman for the Brihanmumbai Municipal Corporation (BMC) said, This year we collected 40,572 idols from the artificial ponds, we will crush all these idols and dump the residue into the deep sea.

When asked about why BMC opts to dump the residue back into the sea as it defeats the purpose of the artificial ponds, which is to minimise pollution in the sea, Vijay Khabale Patil added, “We have just that option. Ganpati idols cannot be recycled, they are made of Plaster Of Paris and Cement and once these components are used to make the idols, it is of no use for anyone. So, the only choice we are left with is to crush these idols and dump the residue in the deep sea.”

However, this is not the first time BMC will be dumping idol residue in the sea, it seems for the past many decades, BMC is doing the same as they fail to find an alternative solution for these Ganpati idols.

Anand Wagralkar, Deputy Municipal Commissioner in charge of Ganesh festival in Mumbai from BMC, added, This is the usual process for us, whatever Ganpati idols we collect after immersion, we start immersing it into the deep sea. We don’t have a recycling plan in place for these idols, so the only option is to dump these idols into the sea.

On being asked what happens to the water which is there in the Artificial Ponds, Mr Wagralkar said, The water is flushed down into the drains or if there is a garden nearby, we use it to water the plants there.

Dr. Vani Kulhalli, member of Swachh Parle Abhiyan, a citizen movement said, “BMC is not keeping pace with the activities people are doing here, currently, people of Mumbai are way more environmentally conscious. This practice of dumping the residue which contains not only Plaster of Paris but many other toxins is being followed by BMC for past many years. It defeats all our efforts totally as the residue ends up polluting the water bodies. There are a lot of solutions out there, it is not that nothing can be done for these Ganpati idols, IIT Bombay has given one solution, they have asked BMC to use the residue in the construction, but, BMC opts for dumping it into the sea.”

As Mumbaikars are getting more and more environmentally conscious by opting more and more for Green Ganeshas and doing immersion in the artificial ponds simply to save the choking water bodies of the city, the civic bodies too need to work out more scientific ways of disposing of the residue from the idols.