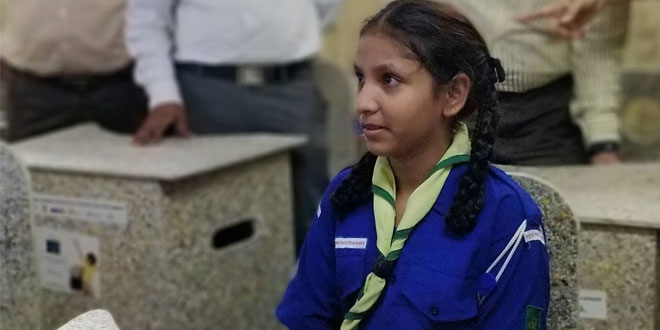 New Delhi: To help spread the word about sustainable living and instill the ‘Go Green’ mantra among students, Brihanmumbai Municipal Corporation (BMC) helped provide chairs and desks made entirely of used food cartons to Supari Tank Municipal School in Bandra, Mumbai. For this green initiative, the civic body tied up with RUR Greenlife NGO that helps the communities learn the process of recycling by converting the discarded cartons into different types of furniture, mainly school desks and garden benches. Speaking to NDTV about this initiative, a senior BMC official said,

This drive is part of BMC’s ongoing initiative to promote recycling of waste in the city. As a first step, last month, BMC had set up a collection centre within the school premises, wherein students were asked to collect discarded cartons from their neighbourhood.

The official also said that this time the civic body involved students in the collection drive so that they know the importance of waste segregation and can actually see how waste can be converted into valuable byproducts. 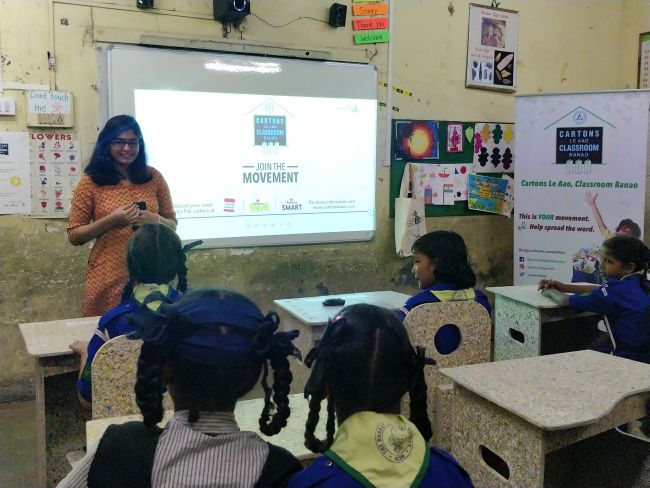 Supari Tank Municipal School in Bandra, Mumbai gets new desk and chairs made from used cartons

We launched this initiative in 2010, over these few years, we have set up 44 cartons collection centres within the city, stores like Sahakari Bhandar, Reliance Smart and Fresh are included in this initiative. Once the collection of cartons is done, it is sent for recycling process where the cartons are transformed into thin sheets and then converted into furniture like benches and school desks.

Through this initiative, we want to make people understand one simple motive – ‘waste should not be treated as waste’. We wanted to educate people on the importance of recycling in a creative way so that they take the process ahead.

Till date, the organisation has recycled 26 lakh cartons and has saved around 5 lakh kilograms of waste from going into the landfills. Moreover, today more than 250 school and 100 gardens have been covered with recycled desks, chairs and benches in the city, proving and spreading the message that trash has value.