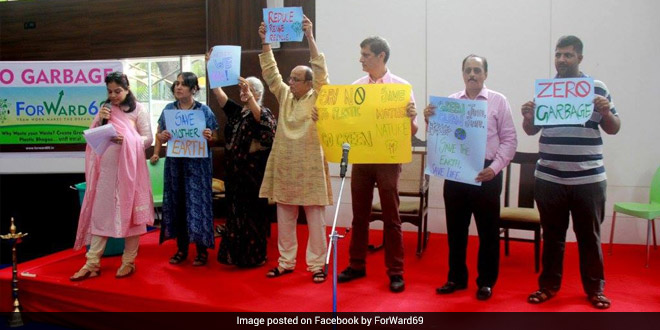 New Delhi: “In next 4-5 years, we don’t want any Brihanmumbai Municipal Corporation (BMC) waste collecting vehicle to move around in Juhu’s K (west) ward and inorder to do this, we have launched the zero-garbage initiative,” says corporator Renu Hansraj. This waste management move comes in after the residents decided to do their bit “Centre’s Swachh Bharat Abhiyan by reducing overall waste generation. On July 9, a workshop was held for all the Juhu residents at Jamnabai Narsee School in Vile Parle, where the initiative was launched.

Named as ‘For-Ward 69’ (Forward 69), this initiative will not only aim to make the area a zero-waste generator, but will also target to eliminate all the open dumping spots from the ward, especially the ones in slum areas, says Ms Hansraj, “The open dumping spots are increasingly becoming breeding grounds for mosquitos and insects which are eventually pose to be a health hazard.”

People residing in slum areas often face a shortage of community bins and as a result the garbage overflows, making their way onto the main roads. This is one of the main problems that will come in way for the residents to achieve the garbage-free colony mark and hence a waste compactor will soon be installed outside the basti where citizens can throw their extra garbage in them. These compactors will be cleared on a regular basis, said Ms Hansraj.

Besides this, the BMC also plans to rope in educational institutions to take the waste management issue as a project and educate slum dwellers about the ill-effects of mishandling waste and lack of proper waste disposal.

At present around 50,000 citizens from Juhu are generating 450 tonnes of waste and to help Juhu process its waste at source, the civic body will install 2-3 organic waste convertors for societies who have space constrains, “Now that we have issued notices to all the households to segregate waste into dry and wet garbage, we plan to convert wet waste into compost,” adds Ms Hansraj. As for the other societies, the BMC along with JCWG is encouraging individual societies to install compost plants in their respective premises. 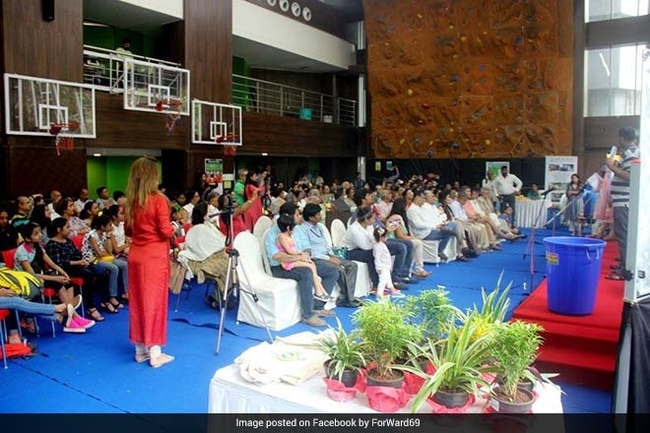 A workshop was held at Jamnabai Narsee School

For the dry waste, the plan is to recycle or process every piece of it, “We have all the facilities that are required to process the dry waste, it is now upto the citizens as to how successful they are in segregating their household garbage,” says Ms Hansraj.

JCWG, an NGO, which has been diligently working for years towards solving the problem of litter on roads, keeping areas clean, fighting plastic waste and other such swachhta related activities has finally managed to bridge the gap between citizen’s unending complaints about BMC’s working style and BMC’s constant appeal towards citizen’s co-operation, “It is not possible for the civic body to monitor or keep a track of every nook and corner of the society and complaining won’t make much a difference. Hence, our team got in touch with Ms Hansraj and decided to become ears and eyes for BMC,” says Ms Banatwala. 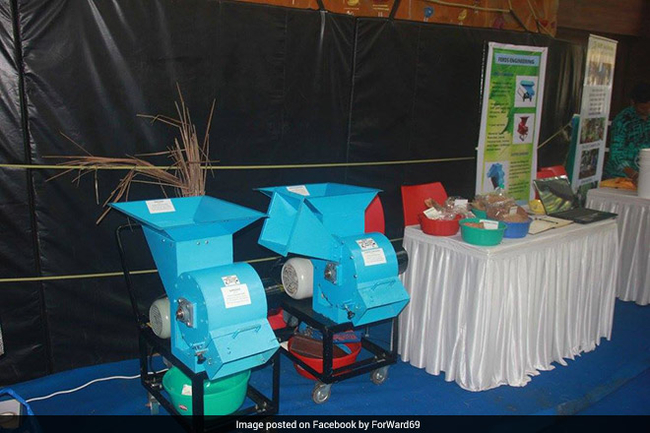 Several vendors displayed their recycling units at the workshop

Apart from this zero-garbage initiative, Juhu is also working towards addressing the plastic waste crisis. The BMC will collaborate with the famous designer Archana Kochhar to produce and distribute cloth bags in the area, “Once the bags are ready, we will replace plastic bags in all the local shops and houses,” says Ms Hansraj, “MLA Amit Satam has assured us that he will propose a law in the local assembly to ban plastic bags under 100 microns.”

With an aim to treat 100 per cent of colony’s waste, Ms Hansraj is hopeful that the activities undertaken by the residents of K (West) ward will inspire other Mumbaikars and encourage them to make their areas garbage free, “Waste Management is basically a habit that needs to be inculcated in citizens as consumerism has integrated plastic, in a large amount, in all our lives. Hence at this point, if we start waste treatment at ward level only then a few years later, it’ll become a part of every citizen’s lifestyle,” says Ms Hansraj.