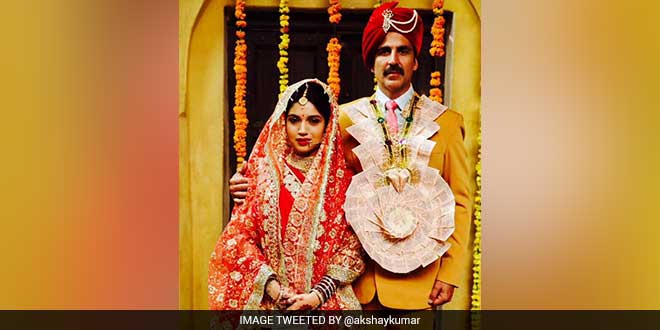 New Delhi: Bollywood is bucking the trend of its usual lavish landscaped song-and-dance romantic comedies to take on the more serious issue of open defecation in India with the release of “Toilet: A Love Story“, the film’s promoters said on Tuesday. The film, starring one of Hindi cinema’s most popular actors Akshay Kumar, is to be released on Aug. 11 and will be the world’s first feature film focusing on poor sanitation and toilets, and challenging age-old social beliefs on defecation.

“The film is set to make a large impact in India, with the trailer for the film receiving over 25 million viewers in just two days of its release online,” the statement added.

Modi has prioritised sanitation since sweeping to power in 2014 and aims to provide toilets for all and end open defecation in the country by 2019.

But the task is mammoth.

Around 76 million Indians need improved water sources and 770 million require proper toilets, according to WaterAid. As a result, 68,000 children under five die annually due to diarrhoeal diseases caused by unsafe water and poor sanitation.

As well as being a major health, hygiene and environmental concern, open defecation also leaves women and girls at risk of sexual assault.

“Toilet: A Love Story” is a satirical comedy which follows Keshav (played by Akshay Kumar) and Jaya (played by Bhumi Pednekar), whose new marriage is challenged by lack of a toilet.

Their fight for a toilet inside their home – which is considered unclean according to social norms – quickly becomes a struggle for social change as they campaign for functioning toilets for the local community.

The film is the true story of millions of women in rural India who … walk a few kilometres away from their homes just to be able to relieve themselves, said the statement.

At break of dawn or fall of dusk, these women face the risk of rape and/or kidnapping – an inconceivable threat for most of us when routinely going to the toilet, it added.