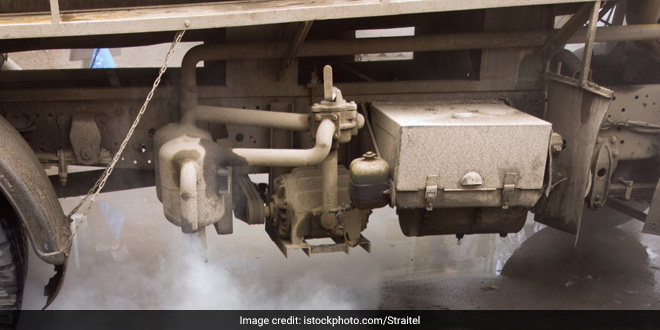 New Delhi: The National Green tribunal today allowed diesel vehicles which are over 10 years old to ply in certain parts of Uttar Pradesh for a period of three years. The green panel allowed such vehicles to be driven in Muzaffarnagar and some of its neighbouring districts while directing the authorities to phase them out with CNG vehicles or any other eco-friendly alternative. The tribunal, however, made it clear that these vehicles would not enter the National Capital Territory.

“No diesel vehicle over 10 years old will be permitted to ply in the NCT. The concerned authorities to take action against the defaulters,” a bench headed by NGT Chairperson Justice Swatanter Kumar.

The directions were passed on an application moved by ‘Muzaffarnagar Mini Truck Society’ which had claimed that all goods vehicles ran on diesel, which was the only fuel available in Muzaffarnagar and its neighbouring districts.

The application had also said that unlike Pollution Board in NCT of Delhi, no such reports from pollution boards are obtained from nearby areas of NCT like Muzaffarnagar etc. and that the air was less polluted there which is around 130 kilometres away from the Centre.

There is no CNG pump and BS-IV compliant pump in Muzaffarnagar. Therefore it is not possible for the members of the applicant-society to switch over and/or convert their diesel vehicles to CNG, it had said.

The NGT had in on September 14 dismissed Centre’s plea seeking modification of its order banning ten-year-old diesel vehicles in Delhi-NCR. Noting that diesel is the prime source of air pollution in Delhi, the tribunal had earlier held that all diesel vehicles which are more than 10 years old, will not be permitted to ply in Delhi-NCR.

The green panel had issued an order last year directing the Delhi RTO to deregister all diesel vehicles operating in the city that are over 10 years old.