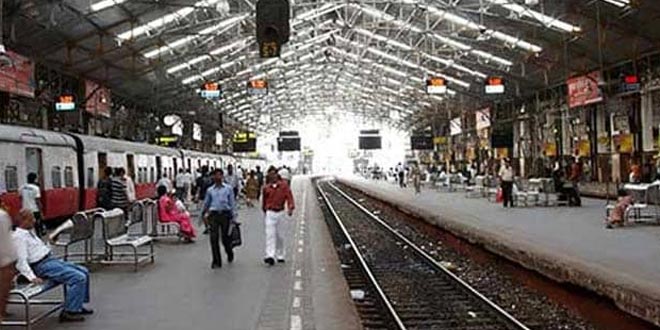 New Delhi: The National Green Tribunal has directed the railways to submit an action plan for maintaining cleanliness on platforms and tracks and has asked the Comptroller and Auditor General (CAG) to conduct its performance audit at regular intervals. The green panel said there was an urgent need for the railways to put in place an effective implementation and monitoring mechanism with provisions of fixing accountability of individuals in respect of solid waste disposal, littering of solid and plastic wastes, defecation etc.

A bench headed by NGT Chairperson Justice Adarsh Kumar Goel said at least three personnel must be identified and declared to be “accountable persons” at every important railway station as well as at Divisional and Zone levels which will be in addition to the existing hierarchy. It said the railways shall strictly follow the “Swachh Railway Schemes – Standard Operating Procedures” and submit action taken report to the tribunal in this regard.

Updated action plans at all levels needs to be framed on or before November 30, 2018. The same may also be notified on the websites of the Indian Railways for soliciting comments of general public. For preparing such action plans, the Railway Board must call a meeting of all general managers within four weeks. Such meeting may be called by video conference, if physical appearance of such persons who have to come from outside is not considered necessary, the bench said.

It said that timelines for monitoring at different levels and implementation of the steps planned should be spelled out in the action plan and the budgetary provisions should also be clearly indicated. It directed the CAG to conduct ‘performance audit’ at regular intervals. The national auditor was asked to carry out the first such exercise on or before June 30 next year which should illustrate the improvements or deterioration in terms of the environment management in areas of solid waste, plastic waste, defecation along railway track, encroachments etc.

The NGT noted that as railway property along the tracks extends from 15 to 100 metres and being the owner, the public transporter must own responsibility for compliance to Solid Waste Management and Plastic Waste Management Rules. “Immediate steps be taken for displaying the dos and don’ts for passengers in all railway compartments. Details of 24 hour helpline and Indian Railway Twitter handle shall also be conspicuously displayed in all train compartments.

“Along with this, fine and penalty to be imposed on passenger for littering in the trains, railway tracks and the railway platforms etc. shall also be displayed. Steps to be taken for removal of graffiti inside as well as outside the train and on the railways stations within 24 hours of their being made or displayed,” the bench said. It also directed that measures be also taken for rodents and pest control and management inside the trains as well as at the railway platforms and stations and station staff should be educated and trained about the same.

The tribunal directed the railways to constitute a Special Task Force for removal of encroachments and squatters from its property and build biodiversity parks, plant trees and install fountains to beautify it. “This Special Task Force shall submit its quarterly Action Taken Report to the tribunal from time to time. The Railway administration shall also plan afforestation and plantation along such land parcels in countryside area with the help of Forest Departments of respective state governments,” the bench said. It said that the minutes of the meeting to be held within four weeks and the meeting in which the action plan is finalised should also be sent to it by e-mail before December 31.

“Thereafter on or before March 31, 2019, the finalised action plans may also be filed before this tribunal by way of an affidavit of Chief Commercial Manager, Headquarters of the Indian Railways,” it said. The bench posted for January 21 next year the matter related to consideration of compliance affidavit. “We have recorded the statement of counsel for the Delhi Urban Shelter Improvement Board (DUSIB) that the amount given by the railways will be credited to the account of railways, with accrued interest, within one month,” the tribunal said. The railways had earlier contended that it had given Rs 11.25 crore to DUSIB in 2003-2004 for relocation of slum clusters along railway tracks but they have not utilised the money till date. The NGT order came on a petition filed by lawyers Saloni Singh and Arush Pathania seeking steps to check pollution on railway properties, particularly on tracks.