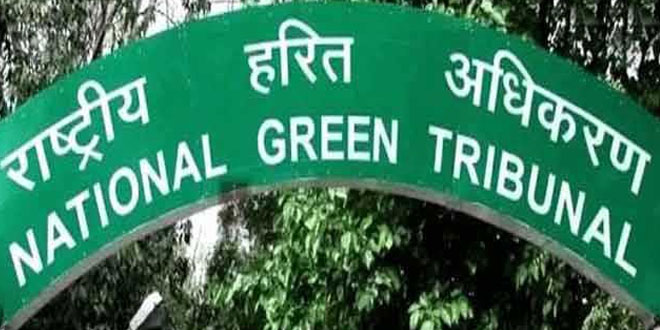 New Delhi: The Waste-to-Energy Plants at Okhla, Ghazipur, and Bawana in the national capital are not complying with emission standards and are causing air pollution, a committee has informed the National Green Tribunal. A joint inspection committee of Central Pollution Control Board (CPCB) and Delhi Pollution Control Committee (DPCC) told a bench headed by National Green Tribunal (NGT) Chairperson Justice A K Goel that the three plants are non-compliant with respect to the standards of the particulate matter emitted by them. Taking note of the report, the green panel said if the project proponents fail to maintain the standards, even after rectifying the deficiencies noticed in the joint inspection report, the Central Pollution Control Board may recommend imposition of fine for the environmental damage caused by them.

The NGT also directed the CPCB to send a copy of its report to the project proponents of Okhla, Ghazipur and Bawana Waste-to-Energy Plant for compliance and conduct another inspection within a month in view of the fact that the earlier inspection was carried out in February. “We do not find any ground to accept the prayer for relieving the Central Pollution Control Board of its requirement in monthly monitoring. If there is a manpower constraint, it is for the CPCB to make any other appropriate arrangement for discharging its functions. This cannot be a ground to avoid responsibility under the binding directions of this tribunal,” the bench said.

The tribunal had earlier directed the Delhi government and the civic bodies to submit an action plan for identifying alternative landfill sites and setting up waste-to-energy plants in the city. It had said it was unfortunate that at a time when the national capital was grappling with the huge quantum of waste to the tune of 14,000 metric tonnes on a daily basis, the authorities were involved in a “blame game” and showing an irresponsible attitude. With the rapid development and massive urbanisation of the metropolis, the waste generation was increasing on a daily basis which has resulted in the saturation of the existing landfill sites which can handle only up to 7,000 metric tonnes of waste, the tribunal had said.