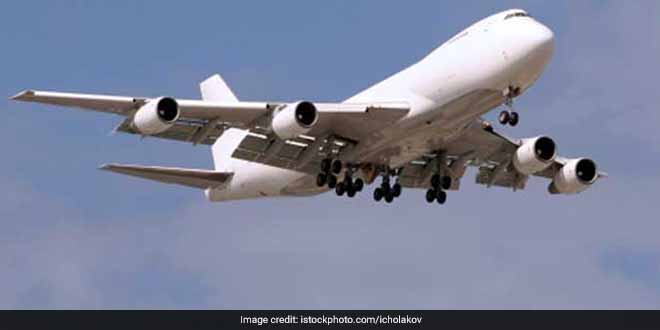 New Delhi: The National Green Tribunal (NGT) on July 4 directed the aviation regulator, Directorate General of Civil Aviation (DGCA) to substantiate its claim that it is impossible to dump human waste from aircraft tanks mid-air. A bench headed by NGT Chairperson Justice Swatanter Kumar asked the DGCA and the Central Pollution Control Board (CPCB) to file an affidavit in this regard before August 2, the next date of hearing. The direction came after the counsel, appearing for DGCA, told the tribunal that the regulator has gone through the report of a three-member committee and concluded that it is impossible to empty the waste tanks of the aircraft mid-air.

He told the bench that there was a manual system by which the human waste tank is emptied after the flight lands and by no means the cabin crew can operate the tank during the flight.

“DGCA and CPCB, after consultation with experts, would file an affidavit and state whether under any circumstances, intentionally or unintentionally, it is possible for an aircraft to release any waste during flights,” the bench said.

“We cannot risk the lives of numerous passengers by opening the tanks mid-air. The cabin crew does not have access to the human waste tank as it is operated manually. This is the reason we have yet not passed any direction to the airlines. We would become a laughing stock by asking them something which is not possible,” the counsel said.

During the proceedings, Lieutenant General (Retired) Satwant Singh Dahiya, who has filed plea seeking action against the airlines for dumping human excreta, said the DGCA was deliberately trying to delay the implementation of the NGT order by referring to instances in foreign countries.

He alleged that CPCB scientist R M Bhardwaj, who inspected his house and took samples of excreta, had clearly mentioned this in his initial report that human waste was splashed on his terrace but later changed his report “under pressure.”

The tribunal had taken strong exception to the non-issuance of a circular by the DGCA to the airlines and the ground handling services to stop release of waste from aircraft tanks while landing or anywhere near the IGI Airport terminals here.

The NGT had asked the aviation watchdog to issue a circular making it clear that aircraft would be subjected to surprise inspection to check whether these tanks are empty or not.

It had last year held that if “any aircraft, airlines and the handling services of registered aircraft” were found to be dumping human waste in air or toilet tanks were found to have been emptied before landing, they shall be subjected to environmental compensation of Rs 50,000 per case of default.

The NGT had also asked the DGCA to carry out surprise inspection of aircraft landing at the airport to check that their toilet tanks are not empty while landing and prevent waste from being splashed over residential areas and any other place before landing.