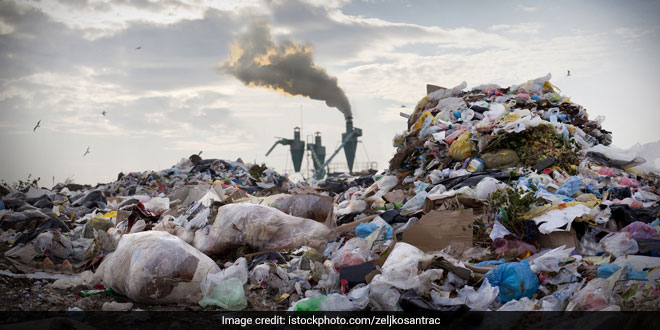 New Delhi: Noting unsatisfactory state of affairs in dealing with garbage at Gurugram (earstwhile Gurgaon) and Faridabad, the National Green Tribunal (NGT) has directed the Haryana government to clear about 25 lakh tonnes of legacy waste at the Bandhwari landfill within six months. A bench headed by NGT Chairperson Justice Adarsh Kumar Goel also directed the state government to deposit Rs. 20 crore in an escrow account for clearing the legacy waste and constituted a committee to ensure removal of waste from the site. The bench said in a recent order,

We direct the State of Haryana to transfer a sum of Rs. 20 crores to an escrow account with liberty to the State to recover the said amount from the concerned stakeholders in accordance with the Solid Waste Management Rules, 2016.

NGT said the committee may co-opt any other technical persons or agencies and after the removal of waste from the entire or part of the land, the state may consider using part of the recovered land for Integrated Waste Processing and Treatment Facility and also for Treatment, Storage and Disposal Facility (TSDF) for hazardous waste. “At the periphery a bio-diversity park can be developed to improve the air quality and ambience. The committee may have the Commissioner, Municipal Corporation, Indore and Dr Syed Asad Ali Warsi, Chief Executive Officer of the Indore Municipal Corporation as special invitees,” it said, adding that the panel may meet preferably within two weeks.

The bench said that the special invitees from Indore can be incorporated in the committee as they have successfully handled removal of waste in that city. The tribunal directed that an interim report of the steps taken may be furnished to it by Urban Local Bodies secretary of Haryana within a month by e-mail, and posted the matter for hearing on September 25.

NGT had earlier directed the Haryana chief secretary to submit an action taken report and take punitive action against the officers for failing to stop leachate from the Bandhwari landfill site. The green panel had earlier directed the Gurgaon Municipal Corporation to submit a performance guarantee of Rs. 25 lakh for stopping leachate from the Bandhwari landfill site.

It had slammed the Haryana government and its civic bodies over the disposal of industrial waste and construction debris in the Aravalli forests along the Gurgaon-Faridabad road. The green panel was hearing a plea filed by environmentalist Vivek Kamboj and Amit Chaudhary, alleging that the municipal corporations of Gurgaon and Faridabad were disposing industrial waste and construction debris in these forest areas. Mr. Kamboj had referred to a media report which said construction debris were found dumped in the forest and quoted a local resident as saying that several vehicles dumped waste there every Sunday morning.