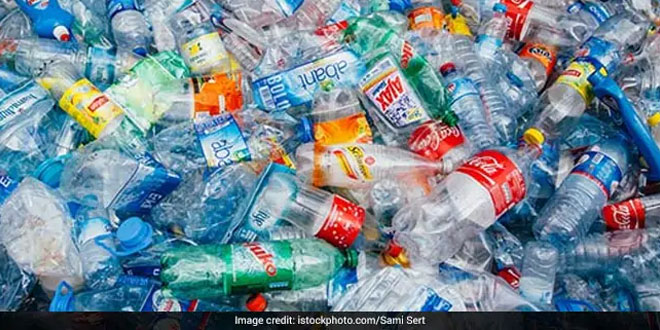 New Delhi: The National Green Tribunal (NGT) has set up an expert committee to probe whether there is a need for further norms to restrict plastic packaging of food products after a plea has sought a ban on it citing health and environment concerns. A bench headed by NGT Chairperson Justice Adarsh Kumar Goel formed the panel which comprises representatives of Food Safety and Standards Authority of India (FSSAI), Bureau of Indian Standards, Central Pollution Control Board (CPCB) and Directorate General of Health Services.

We are of the opinion that the question of whether any further regulatory provisions are required on the subject of restrictions on the packaging by use of plastic material, after the steps already taken, and if so to what extent be examined by an Expert Committee comprising of the representatives of FSSAI, BIS, CPCB, and DGHS. The nodal agency for coordination will be the FSSAI. The committee will be at liberty to co-opt any other expert/ institute or individual and furnish its report to this tribunal within three months by e-mail.

NGT was hearing a petition filed by NGO (Non-Government Organisation) Him Jagriti Uttaranchal Welfare Society seeking a ban on the use of plastic bottle and multi-layered/plastic packages /pet bottles. Use of plastics, including polyethylene terephthalate (PET) bottles and multi-layered packs such as Tetra Packs has an adverse impact on health and environment, the plea said, adding that it also results in an increase in plastic waste.

It said the notification dated December 24, 2018, issued by the Ministry of Health and Family Welfare under Section 92 of Food Safety and Standards Act, 2006 deals with the issue of packaging mode of food but it ignores Antimony and Di-2-ethylhexyl phthalate (DEHP) in specific migration limits provided for plastic packaging.

The tribunal also noted the stand of Ministry of Environment and Forests that the provision for phasing out multi-layered plastic may not be immediately feasible without alternatives. The NGO, however, told the NGT that MoEF has only focused on waste management and not on the subject of restrictions on the use of plastic as packaging material. The NGO said, “MoEF itself has found the Plastic Waste Management Rules to be deficient. The Packaging and Labelling Regulations, 2018 under the Food Safety and Standards Act, 2006 do not deal with the issue in entirety and are not adequate to deal with the problem.”
The matter is posted for next hearing on October 14.