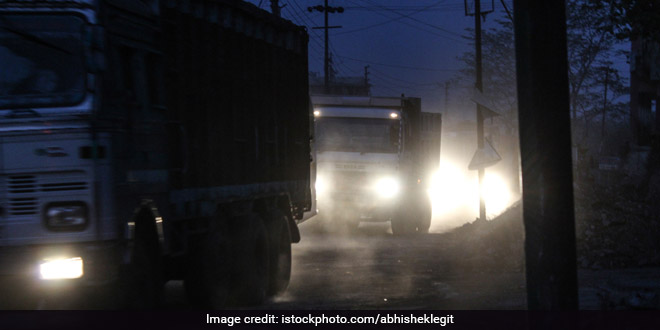 New Delhi: The National Green Tribunal (NGT) has granted more time to the Inland Container Depot at Tughlakabad (ICD/TK) to submit an action plan on phasing out diesel vehicles and switching to environment-friendly modes of transportation in its premises. A bench headed by NGT Chairperson Justice Adarsh Kumar Goel has recently extended the time till July 31 after the Container Depot moved an application seeking an extension of time. It has fixed August 9 for the next hearing.

Noting that ICD/TK here is causing air pollution, the tribunal on March 8 had directed the depot to phase out diesel vehicles within six months and asked it to submit an action plan on the issue within a month. It said that the depot has to adopt a policy to ensure that diesel vehicles are stopped from plying and they shift to electric, hybrid and CNG (Compressed Natural Gas) modes.

NGT had also rapped the depot for not furnishing an action taken report on phasing out of diesel vehicles. It noted that the depot handles about 3 lakh containers every year, leading to huge road congestion and air and noise pollution, especially when the fuel used is diesel, apart from creating parking problems. The bench said,

The depot has not furnished the requisite action plan. The only contention put forward is that it is not the responsibility of the depot to control the diesel vehicles and the cargo trucks visiting the depot.

We are unable to accept the submission. It is the business of the depot in connection with which the diesel vehicles are visiting. The depot has to adopt a policy of ensuring that, in a phased manner, diesel vehicles stop visiting the depot and they shift to electric, hybrid, and CNG vehicles.

The tribunal said the other alternative is to limit the visit of diesel vehicles only to its satellite terminals at Dadri, Rewari, Ballabhgarh, and Khatuwas or any other such terminals so that the vehicles entering Delhi are not those run on diesel. NGT was hearing a plea filed by warehousing expert Ajay Khera, through advocate Sanjay Upadhyay, claiming that non-Delhi bound operations currently being carried out at ICD/TK were contributing to an alarming level of air pollution in the city and hence it should be shifted outside the capital.

Mr. Khera had submitted in his plea that despite having a large area for parking of trailers, hundreds of trucks and container carriers, they are parked on the road outside ICD/TK, causing traffic jams.