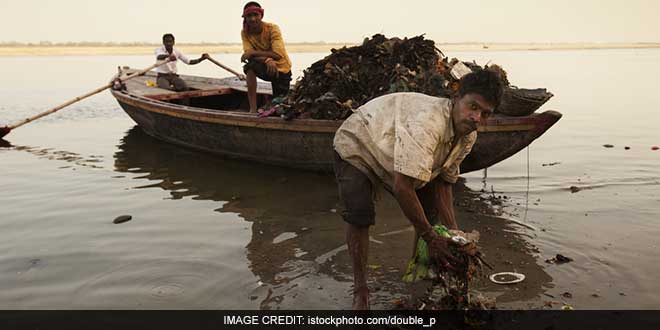 New Delhi: Unsatisfied over the explanation given by Uttarakhand over cleaning the river Ganga, the National Green Tribunal (NGT) on Wednesday summoned the state’s Chief Secretary. It also said that that there is no clarity as how much funds shall be dedicated to clean the Ganga’s tributaries under the National Mission for Cleaning Ganga (NMCG).  Rapping the officials involved, the Tribunal also asked for the minutes of the meeting of the Principal and Core Committee.

“What was the resolution of the meeting… we want the minutes, like a proper meeting has, unlike a ‘chai-pakoda’ meeting,” it said.

The tribunal has asked the Chief Secretary to be present before it on April 3 to explain the steps take so far for cleaning the river Ganga from Gomukh to Haridwar under Phase-I.

The bench, headed by Justice Jawad Rahim, found the compliance report filed by the state as “factually incorrect”, and then asked for the official concerned, who was not present in the court.

“Since we notice absence of responsible officers, we direct the Chief Secretary of Uttarakhand to be personally present here with first-hand information that the tribunal expects,” Justice Rahim said.

“There is no clarity over the funding by NMCG to prevent the pollution in the tributaries of the Ganga… No clarity which source of funding would attend to the pollution load in tributaries,” the bench observed.

Meanwhile, the Uttarakhand government had withdrawn its two affidavits filed on February 28 and March 5, 2018. The affidavits claimed to have adhered to the direction given by the Tribunal’s December 2015 direction.

The green court had directed the Uttarakhand government to re-examine the issue of pollution in the river and come up with a proper statement over the compliance with the NGT’s December 10, 2015 directions on rejuvenation of the river.

Advocate M.C. Mehta, who has filed a plea for cleaning of Ganga, had pointed out those deficiencies in the compliance report.

The Tribunal had, in December 2015, passed a slew of directions which includes declaring an area of 100 metres on the river’s banks as ‘no development zone’ and prohibiting dumping of waste in a stretch of 500 metres.

It also said that all tributaries of the river must be cleaned and flow of sewage into them must be stopped immediately.

Delhi High Court Asks About Methods To Dispose E-Waste, Authorities Fail To Give A Satisfactory Response