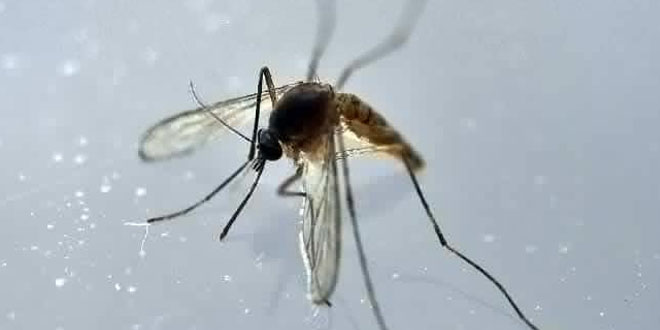 New Delhi: The number of malaria cases in Delhi this year has mounted to nearly 250 with at least 93 of those being reported in the first two weeks of September, according to a municipal report released on Monday. This is by far the maximum number of malaria cases recorded in any month this year. The number of dengue cases reported till September 14 stands at 171, according to the South Delhi Municipal Corporation (SDMC), which tabulates the data on vector-borne diseases in the city.

Malaria cases have outstripped those of dengue in Delhi for the past several weeks. As many as 56 malaria cases were reported in August, 54 in July, 35 in June, eight in May and a single case in April. In September, 79 cases of dengue have been recorded, 52 in August, 18 in July, 11 in June, and rest between January and May, the report said.

According to the report, at least 60 cases of chikungunya have also been reported this year. Last year, 2,798 dengue cases and four deaths were recorded by the SDMC. Both the Delhi government and local bodies have been making efforts to raise awareness on precautions to ensure that there is no breeding of mosquito larvae around them.

Also Read: Delhi Registers 202 Malaria Cases This Year With 48 In The First Week Of September

The Arvind Kejriwal government has started an anti-dengue campaign ’10Hafte 10Baje 10Minute’ urging people to inspect their house for any standing water. The campaign — from September 1 and November 15 — to combat dengue has garnered support from several personalities, including cricket legend Kapil Dev, many Bollywood actors and well-known journalists. During a press conference on Sunday, Mr. Kejriwal had said,

In five years, the number of dengue cases reported have come down by 80 per cent. We have tried to reduce it even further. This year, fortunately, there is no spike in it and it is because all people have come together, from Delhi government to Centre and MCD.

Dengue mosquito larvae breed in clear, standing water while those of malaria mosquito thrive even in dirty water. Doctors have advised people to take precautions and ensure that there is no breeding of mosquito larvae around them. They have urged people to wear full-sleeves clothes and use mosquito nets.

Water coolers should be dried up when not in use as mosquitoes carrying dengue virus usually breed there, a doctor said. Cases of vector-borne diseases are usually reported between July and November, but the period may stretch to mid-December.

Meanwhile, mosquito-breeding has been reported in at least 1,19,852 households and 99,448 legal notices have been issued this year. Last year, 473 cases of malaria and 165 cases of chikungunya were reported. From public schools to government office premises, 72 institutions have been penalised by civic authorities in north Delhi in nearly the last five months for the breeding of mosquito larvae in their premises, officials had earlier said.