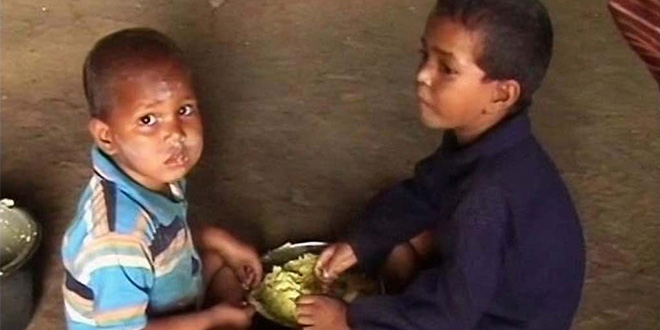 Two-and-a-half-year-old Yogita, who weighs 8.5 kg at present, will be malnutrition-free if she begins to weigh 9.6 kg in three months, an official release said. CM Rawat adopted the girl on Tuesday to mark the launch of the state-wide adoption month-long campaign to make the state malnutrition-free.

CM Rawat said Uttarakhand will be made malnutrition-free through public awareness and people’s involvement in the campaign.

Fight Against Malnutrition In India:

Prime Minister Narendra Modi has recently pledged for a Kuposhan Mukt Bharat or Malnutrition-free India by 2022 and has asked every citizen to help in achieving this goal. The government has also decided to mark September as the ‘Poshan’ (nutrition) Month with a goal to improve the nutritional status of children up to 6 years, adolescent girls, pregnant women and lactating mothers. The objective is to achieve specific targets for reduction in reducing the number of instances of low birth weight babies, stunting growth, undernutrition and prevalence of anaemia over the next three years.