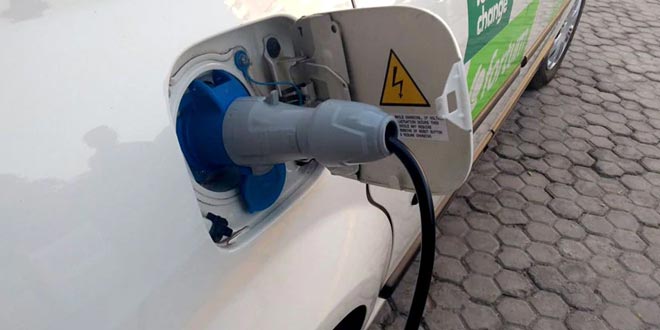 New Delhi: Cautioning the government over the draft electric vehicle (EV) policy, the Society of Indian Automobile Manufacturers (SIAM) on Sunday said the government should adopt a practical approach towards adoption of EVs, without disrupting the automotive industry. A steering committee headed by Niti (National Institution for Transforming India) Aayog CEO (Chief Executive Officer) Amitabh Kant has in a report laid out a roadmap for rollout of electric vehicles in a phased manner whereby it has proposed that all three-wheelers and two-wheelers below 150cc (cubic centimeters) will need to go electric by 2023 and 2025, respectively.

A statement from SIAM quoted its President Rajan Wadhera as saying

The automotive industry fully supports an ambitious aspiration of the NITI Aayog in bringing in electric mobility in the country as soon as possible. However, the ambition needs to be tempered with a practical approach and what is possible without needlessly disrupting the automotive industry.

He observed that the industry is currently facing multiple challenges of “leapfrogging to Bharat Stage VI (BS-VI) emission norms, complying with many new safety norms and other, in the shortest time-frame ever attempted in the world”.

The transition to BS-VI involves investments of the order of Rs. 70,000-80,000 crore, he said, adding that the thought of banning sale of sub-150cc three-wheelers and two-wheelers by 2023 and 2025 respectively seems to be impractical as well as untimely.

Also Read: Meet 63-Year-Old Mr. Lobo, Owner Of 10 Electric Cars, Who Is Promoting The Use Of Electric Vehicles Since 18 Years

None of the stakeholders in the country — industry, government nor the suppliers — have any meaningful experience of EVs to even contemplate a complete 100 per cent shift to 2/3 wheeler EVs by 2023/2025.

In the current scenario, any policy to accelerate the transition to electric vehicles would lead to a policy-induced disruption which could result in significant damage to the auto industry and spell a big blow to the overall ecosystem of the related medium, micro, small and medium enterprises (MSME), with its related impact on employment, he added. he further said,

What is required is a well laid out roadmap for an ambitious EV rollout over a practical timeframe along with an integrated plan for setting up the necessary infrastructure across the length and breadth of the country, in consultation with all stakeholders.

Agra’s Green Push: Over One Crore Saplings To Be Planted This Monsoon In The City Of Taj Mahal