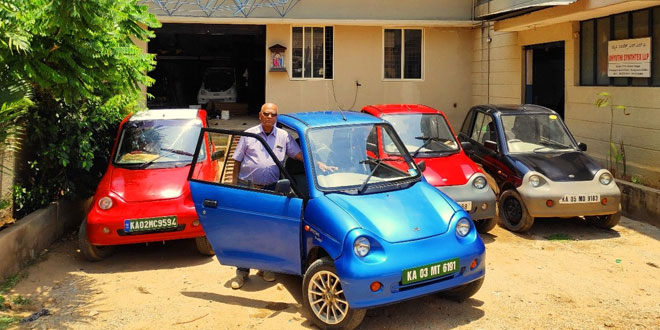 New Delhi: At a time when the electric vehicle (EV) industry in India is still in its nascent stage and is struggling to pick up the pace due to high prices and inadequate charging infrastructure, here is a story of the 63-year-old man from Bengaluru – Zarryl Lobo, who is driving electric vehicles from past 18 years. Today, Mr. Lobo is a proud owner of 10 electric cars (e-cars) – six electric Revas and four Mahindra Electric’s e2os and loves to call him as an EV enthusiast who wishes to promote green mobility in the country and show a way forward to adopt the technology beating all the challenges. Not just that, Mr. Lobo’s electric vehicle experience motivated him so much that he also started a venture in Bengaluru called ‘Xtra Reinforced Plastic Private Limited’ with an aim to launch pocket-friendly electric vehicles for the masses in the country.

All About Mr. Lobo’s Green Affair

Mr. Lobo’s electric vehicle journey started back in the year 2001, when he bought his first e-car, an electric Rewa for approximately Rs. 3 lakh and started using it for his daily commute to the office. And from then there was no looking back, he loved his electric vehicle experience so much that he started persuading all his family members to switch to the green mobility. Speaking to NDTV about how he discovered his love for e-cars, Mr. Lobo said,

I started my career as a manufacturer of electric golf carts, so the love for greener technology was always there. Towards the end of the year 2000, a friend of mine introduced me to, Chetan Maini, who made an electric car Reva and introduced India to this technology. After meeting Mr. Maini, the idea of driving electric cars excited me. So, I decided to buy the revolutionary e-car Reva and completely ditched my old petrol car. And since then my love for e-mobility has just grown.

First, Mr. Lobo convinced two sons to ditch the traditional conveyance and start using electric vehicles, then, he started taking care of all his factory staff’s transport needs and gradually, Mr. Lobo begin extending his electric vehicle lessons to relatives and friends. Mr. Lobo who has run more than five lakh kilometres on his e-cars in last 18 years added,

People used to call me crazy. They thought the car was weak and looked like a toy. But I did not care about their opinion. For me, it was a comfortable, smooth, emission-free, and noise free chariot. Moreover, I never hesitated in explaining the benefits of using an electric car to anyone. Whenever, wherever, I see a potential person, I start having a discussion and demonstration session on how to drive an e-car or simply why it is the need of an hour.

The electric cars owned by Mr. Lobo are charged at his home using a simple 15 ampere socket that is used for running air conditioners or microwaves. He said,

It takes about 10 units of electricity and 6-7 hours to charge from zero to 100 per cent. The average range of my cars is 80 km on a full charge. Not just that, I have saved a fortune in running these cars! With a meagre cost of only Rs. 5 per unit, I spend almost 50 paisa for every km I run on my e-car. This translates into me saving lakhs on my yearly travel as compared to those who run their cars on petrol or diesel. With the money I saved, I bought more e-cars and opened up my own e-cars manufacturing unit. As this is my passion and I want to make electric vehicles part of everyone’s life.

Having a more than four decade old experience of building e-golf carts and the growing interest in electric vehicles, two years back, Mr. Lobo became a manufacturer of electric cars in the city. The e-cars built by him are currently being tested in India and three cars have been sent to Romania for road testing under a partnership with a local firm there. He asserted,

I want everyone to have an experience of e-cars and soon make India’s transport zero-emission, providing cost-effective electric vehicles in the country. I hope to fulfil this wish. 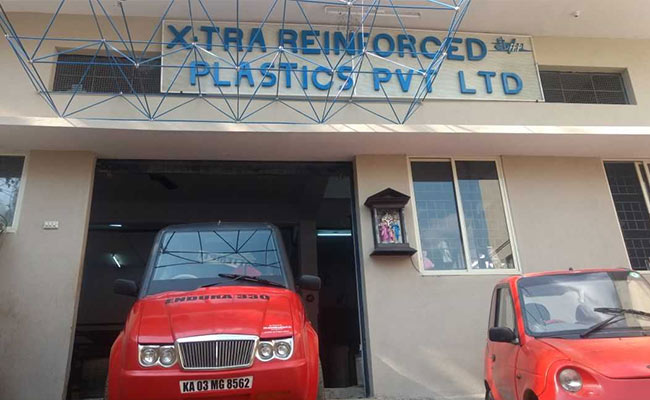 Lessons To Be Learned From Mr. Lobo

Experts say that lack of charging infrastructure is the biggest challenge for EV drivers in India and a major reason behind the slow growth of the EV market in the country. However, Mr. Lobo did not allow this challenge to come in his way in perusing his passion for EVs. Talking about the lack of infrastructure as a challenge to driving EVs, he said,

Most novice EV drivers suffer from what is called ‘Range anxiety’, a fear of having their car run out of charge while there’s no charging point around. People suffer this because of a lack of robust charging infrastructure in our country. But I took this as a feature of the car. You need to keep the car charged and if it runs out of charge, do what a person with fuel burning car would do when his car gets out of fuel. He would drag it to the nearest fuel station. The same need to be done with the electric car. Drag it to the nearest shop or a restaurant to charge it. Simple.

To the people experiencing ‘range anxiety’ or any other EV related problems, Mr. Lobo advises them to join EV driving communities and stay in touch with them through WhatsApp and emails for support and guidance.

While buying an e-car, one can ask the car provider to help them find such groups. We all stay connected with each other and help each other in case of problems. For example, if my car runs out of charge at some place, all I need to do is send out a message on the group and members living near that area would come forward to help by opening their houses to let me charge my car enough to take me home. If none of the members live in that area, someone would always suggest a mall, shop or a restaurant nearby where I can put my car on charge.

Mr. Lobo gives an important piece of advice to the new EV drivers that the most important factor for having good EV experience is to keep a very close watch on the efficiency indicator on the odometer display screen which shows the health of the car. During summers, he suggests EV drivers to try and park the car in the shade. This ensures that the battery cooling load is minimised and hence the pressure on the battery is also lessened. Another trick he shares is that as far as possible, especially while coming down slopes, the driver should take their foot off of the accelerator and let the battery recharge using the magic of regenerative braking system which means that the battery recharges itself because of the energy produced from friction while pressing brakes.

Mr. Lobo signed off saying that an electric vehicle is so much more than a vehicle, it is a revolution for a better environment and a better future. He says,

Go ahead and get an EV. It can be an electric cycle, or an electric scooter or a car. Show others how you are doing your bit to reduce your carbon footprints. Live green with an EV!

Adopting Electric Mobility Gets Easy As These E-Scooters Are Now Upto Rs. 27,000 Cheaper Under FAME II