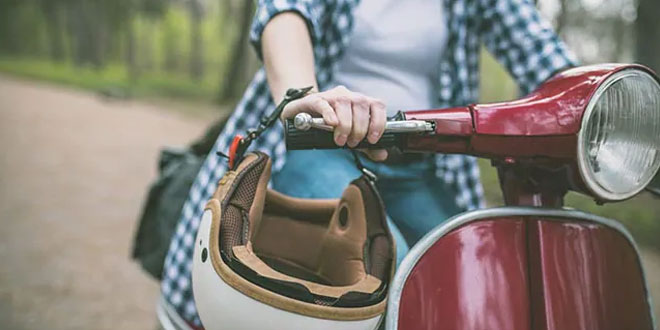 New Delhi: Owning an electric scooter has now become easier as two ‘Make In India’ electric vehicle (EV) manufacturers have been recently given a nod by the Department of Heavy Industries (DHI), Government of India to avail subsidies upto Rs. 27,000 under the second phase of the incentive scheme Faster Adoption and Manufacturing of (Hybrid) and Electric Vehicles (FAME II). The startups – Ather Energy and Okinawa have become the first two EV manufaturers to become eligible for rebates under FAME II which was launched in February and implemented on April 1 this year. As per the official notice on FAME II, the amount of subsidy on these scooters will depend on the capacity (per kilowatt hour) of the electric battery installed.

After the implementation of FAME II in April, EV manufacturers started working on upgrading their products according to FAME II norms and applying for compliance certification. Till now, one electric scooter model of Ather Energy and two models of Okinawa have received Automotive Research Association of India’s (ARAI) approval to claim FAME II incentives. Ather 450 scooter will receive a subsidy of Rs. 27,000 and Okinawa’s Ridge+ and i-Praise will be able to claim FAME II subsidy between Rs. 17,000 and Rs. 26,000 depending on the battery capacity.

Ather Energy’s flagship intelligent scooter, Ather 450 is now FAME II compliant and will receive a subsidy of Rs. 27,000. While we kept getting orders for e-scooters in the month of April, we held back the deliveries because we wanted buyers to get the benefit of the new subsidy. Consumers can expect their Ather 450s to start being delivered in the next couple of weeks, with the new on road price of Rs. 1,23,230 which was originally about Rs. 1.5 lakh.

With eligibility under Fame-II, our customers will be able to enjoy subsidy on our scooters that start from a price of Rs. 1.2 lakh. We are confident that this will motivate more environment conscious customers to become a part of the Okinawa family to enjoy not only the benefits of e-scooters but also the advanced features offered in the Okinawa range.

FAME I Vs FAME II: What Has Changed For Electric Scooters

Under the first phase of FAME, which was implemented from April 1, 2015 to March 31, 2019, every electric scooter was eligible for a rebate of Rs. 22,000 on the purchase price. However, the norms for the eligibility of subsidies under FAME II were made stringent. As per a report by CRISIL (formerly Credit Rating Information Services of India Limited),

Electric vehicle makers have been caught off-guard by the stringent eligibility criteria leaving them no time to conform.

Under FAME-II, each EV manufacturer needs to comply with norms mentioned under the Phased Manufacturing Plan (PMP) prepared by DHI which aims to promote indigenous manufacturing of EVs. As part of PMP, to avail the incentives on electric vehicles, manufacturers are required to use 50 per cent of locally produced components in e-vehicles they produce. Along with this, the scooters must meet parameters of having only lithium-ion batteries, a speed of around 40 kilometre per hour, and a range of about 80 kilometre per full charge.

A spokesperson from the Society for Manufactures of Electric Vehicles (SMEV), a network of manufacturers of EVs and their components in India said,

The EV manufacturers are gradually making progress by making their vehicles FAME II complaint. After Ather Energy and Okinawa, e-scooters from two more Indian startups – NDS Eco Motors and Jitendra EV, will get FAME II certification most probably by the end of this month.