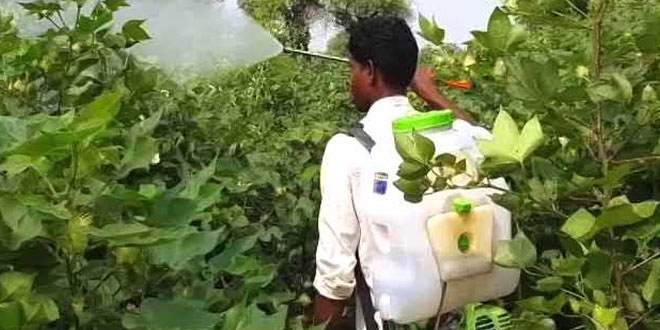 New Delhi: A bench of National Green Tribunal (NGT) with Chairperson Justice Adarsh Kumar Goel constituted a joint committee comprising officials from the Central Pollution Control Board and the State Pollution Control Board to jointly look into the matter within a month after a plea alleged that 20 villages in the district were affected due to the release of harmful chemicals. Counsel for the applicant has referred to order of this tribunal which relates to the area in question. The tribunal directed control of discharge by installing Common Effluent Treatment Plant (CETP).

Direction was also issued for inspection, apart from the direction to clear drains in the area. Upgradation of CETP was also directed.

“In view of the above, it appears to be necessary to direct the CPCB and the Rajasthan State Pollution Control Board (RSPCB) to jointly look into the matter within a month and take appropriate action in accordance with the law,” the bench said.

The tribunal’s order came on a plea filed by local resident Manveer, who alleged that discharge of effluent by Insecticides India Limited has caused water pollution and affected the residents of Pathredi, Bandpur, Falsa, Jodiya villages etc., surrounding Choupanki Industrial area in Bhiwadi.

The pollution has affected the livestock in the area. The samples of the effluent were tested and were found to be having lead 0.06 milligram per litre, in excess of the prescribed limit of 0.01 milligram per litre. “The lead affects the health of the inhabitants. There is also increase in pH level. Magnesium content is also in excess of the prescribed limit,” the plea said while referring to reports of local newspaper.