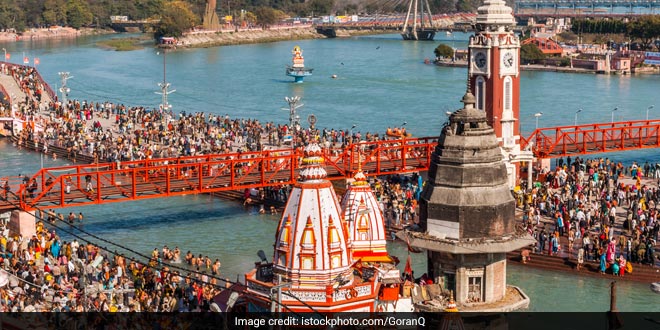 New Delhi: The National Green Tribunal (NGT) has asked the Uttar Pradesh Pollution Control Board (UPPCB) to monitor the standards of environment during the Kumbh Mela at Prayagraj. A bench headed by NGT Chairperson Justice Adarsh Kumar Goel said that since the religious festival was being conducted on a large scale, segregation of waste should be done at source by educating the people.

The tribunal said the Ministry of Urban Development and Housing and other authorities should display posters and banners and distribute handbills to educate people with regard to waste management. A meeting was conducted by a committee headed by former Judge of the Allahabad High Court, it noted.

Also Read: Hope Sanitation Will Be Maintained Along With Reverence At Kumbh Mela In January: PM Modi On Mann Ki Baat

The panel was informed that a brochure ‘Kumbh Sanitation Plan’ has been provided by the Health Department and the Mela Authority, it added. The NGT also agreed to the suggestion of the committee that services of Air Marshal Anil Chopra (Retd) may be taken as consultant for three months on the subject of implementation of Solid Waste Management, 2016 during the Kumbh Mela.

The National Mission for Clean Ganga (NMCG) may consider utilising Ganga task force during the Kumbh Mela to be associated with the solid waste management and water quality issues, the NGT said.

We take note of the suggestion that thermocol or styrene or the cups made of such material for serving tea etc. are not burnt but disposed of scientifically instead of burning. We direct that earlier direction of digitally displaying the water quality at permanent places may be fully complied with during the Kumbh Mela, said the bench also comprising Justice S P Wangdi.

Also Read: Allahabad To Get Over One Lakh Toilets For An Open Defecation Free Kumbh Mela

Air Pollution: Washington University To Be Part Of A Study On Air Quality Evaluation In Delhi