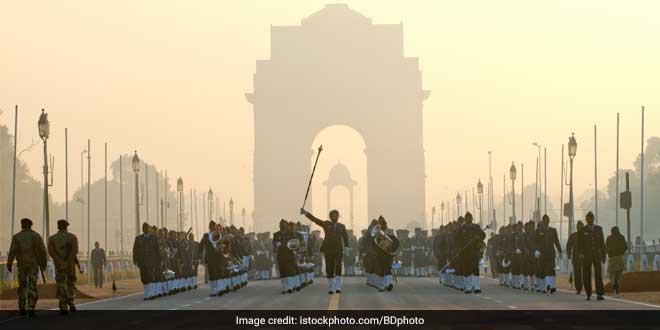 New Delhi: The air quality in the national capital has been oscillating between ‘very poor’ and ‘severe’ category since October. Several experts have declared the situation a ‘national public health emergency’. As per an analysis by IIT Kanpur, the air pollution in December 2018 was worse than it has ever been in the last five years. The air quality shows no signs of improvement despite numerous efforts by the authorities. In this growing list of efforts to control the pollution levels in the national capital, Delhi government has signed a Memorandum of Understanding (MoU) with the Washington University to conduct a joint study on air quality evaluation in the national capital. The joint study by the Washington University and the Delhi Pollution Control Committee (DPCC) aims to monitor air quality real-time and identify pollution sources in the city for the duration of 18 months.

Delhi government
has signed a Memorandum of Understanding (MoU) with the Washington University
(St Louise) to undertake a Real Time Source Apportionment Study in India’s
national capital to evaluate the air quality issues.

Apart from Real Time Source Apportionment Study in India’s national capital, the study, gives a special reference to Particulate Matter (PM)2.5, and analysis of elemental, organic carbon and 72 inorganic elements. PM 2.5 level is a measure of fine particulate matter in the air with a diameter of less than 2.5 micro meters.

The work will be undertaken by the personnel of the Aerosol and Air Quality Research Laboratory (AAQRL).

AAQRL has expertise in identifying air quality problems and suggesting the solutions to curtail the emission for reducing the air pollutant release, an official statement by the Delhi government said.

According to the statement, two speciation monitors will be used in the project for obtaining composition of PM2.5. Identification of the sources of the respective PM particulate matter will be based on a real-time algorithm will be developed.

The MoU is aimed at a joint study to be undertaken by the Washington University and the Delhi
Pollution Control Committee for the real time source apportionment with special reference to PM2.5. Analysis of elemental, organic carbon & 72 inorganic elements will also be undertaken.

Data analyses and algorithm development for identifying major source categories and approaches to minimise and improve the air quality, the statement further read.

The data recorded will help understand the source profile that needs to be regulated, in order to control or aid in improvement of the air quality.

Wireless sensors will be deployed together with developed algorithm, help monitoring real-time air quality and the source at selected locations in the city. The real time data will help policy development to regulate and improve the air quality, whereas the state of art instrument demonstration will lead a path of capacity building development, the statement said.

The study will involve testing and identifying the source of the air pollution and chemical composition of various particulate matters. It will also help identify the factor affecting the quantities of emissions of various pollutants from different sources and also derive conclusions and policy recommendations for air pollution control.

Children In Uttar Pradesh’s Firozabad District Vow To Save Trees By Tying A Red Ribbon, Thanks To This Officer