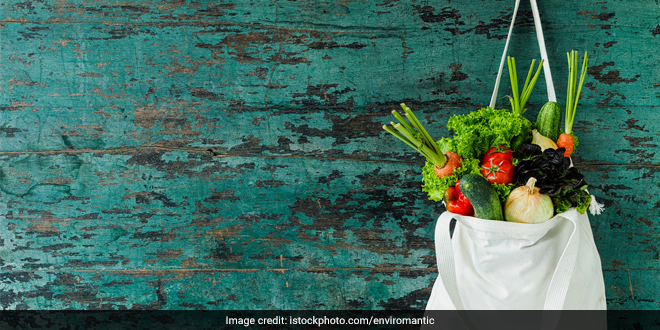 Mumbai: From people breaking the menstruation taboo by proudly holding a sanitary pad for the #PadManChallenge to Bengalururians taking up the #BYOCSelfie Challenge where BYOC stands for ‘Bring your own cup/container/cutlery’, the year 2018 witnessed a number of social messages turn into trends on social media as challenges. Taking inspiration from such viral challenges, bureaucrat from Thoothukudi in Tamil Nadu has started a new challenge to implement the recently imposed plastic ban in the state. Dubbed as ‘#CarryYourOwnBags’ challenge, Alby John, Commissioner of Thoothukudi Municipal Corporation (TMC) is encouraging people to ditch plastic carry bags and opt for eco-friendly alternatives.

Talking to NDTV about his challenge, Mr John says,

The challenge is essentially a backdrop of the state-wide ban on single-use plastic items that was enforced from January 1. The very next day I started the challenge with an aim to tell people that plastic carry bags are something we can do without. If people carry cloth bags each time they go shopping then there will be no need for requesting a plastic bag.

Before engaging people in the cloth challenge, the Commissioner wanted to make sure that officials in the corporation shunned plastic bags, “Before preaching the initiative to people, it was necessary to set a strong example from the government,” he says.

The challenge is simple – one has to take a picture of a cloth/ paper/ jute bag and upload it on Facebook or Twitter with a resolve to not to use plastic carry bags anymore. The person taking up the challenge has to further nominate 2-5 of his friends, family members, acquaintances to spread the movement.

On returning home from an awareness programme on plastic ban, the commissioner clicked a picture of cloth bags kept in his car and posted it on twitter nominating Sandeep Nanduri,Collector and Magistrate of Tuticorin District and Sameeran, another IAS officer.

“Be a part of the #CarryYourOwnBagsChallenge. Buy a few cloth bags and ensure that it is kept in your bag/ vehicle and never again search for another container when you buy something. Post a pic & challenge your friends to do the same. I challenge @Sandy_Nanduri and @sameerangs,” he said in a tweet.

Be a part of the #CarryYourOwnBagsChallenge. Buy a few cloth bags and ensure that it is kept in your bag/ vehicle and never again search for another container when you buy something. Post a pic & challenge your friends to do the same. I challenge @Sandy_Nanduri and @sameerangs pic.twitter.com/NRxPR3uLBc

Accepting Mr John’s challenge, the Collector posted a picture of an eco-friendly bag in his vehicle and said, “Alby John challenged me to post a pic of eco-friendly carry bag in my vehicle. I accepted the challenge and posted the pic. Enforcement will only help to an extent but behavioural change will ensure the success of one-time usage plastic ban.”

Impressed with the cloth bag challenge, State Commissioner for disaster management Rajendra Ratnoo who looks after the enforcement of plastic ban in the state undertook the challenge and said that he and his family have been using cloth bags since 2009 and posted a picture of cloth bag.

Within a period of three days, the challenge went viral in the city and with each passing the day the number of people taking up the challenge is increasing. Here’s how the people and Civil Servants not only from the city but across the state are reacting to the challenge on various social media platforms:

Besides, the challenge, the TMC has already kickstarted on-ground implementation of the ban and within a week has managed to seize four tonnes of single use plastic items. It has also opened ten plastic bank centres across the city where people, shopkeepers and vendors can deposit the banned plastic items. In exchange of the plastic items, the corporation is giving cloth bags for free.

When asked if the civic corporation will take any stringent measures against people who are found using plastic bags he said,

The need to impose fines and jail people will not arise as we are recording a positive response on the plastic ban. Of the four tonnes that were seized, half of it was voluntarily deposited by the shopkeepers. Restaurants and shops in the city have placed boards asking people to carry their own bags and containers. As an incentive, many shopkeepers and hotels are even giving discounts.

Plastic items including plastic sheets used for food wrapping, plastic/thermocol plates, cups, bags of all sizes and thickness, water pouches, straws, flags are banned in Tamil Nadu. To ensure that the day-to-day activities of people aren’t affected, the state government has listed eco-friendly alternatives made from paper, cloth, leaves, clay and metal in its notification ban.

Green Tribunal Concerned Over Lack Of Policy On Disposal Of Solar Panels Coated With Antimony, A Toxic Chemical