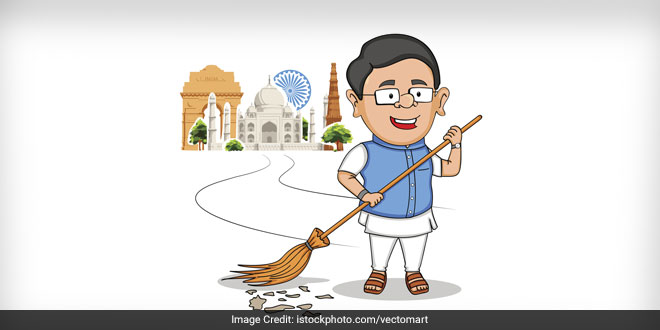 Kigali: Rwanda’s own ‘Swachh’ model has found an admirer in India, which is now exploring ways to asses if it can be “replicated” back home to take the country’s sanitation mission forward. Kigali, where use of plastic bags has been banned, is billed as the cleanest and the safest city in Africa. Verdant hills and rolling green landscape add to the allure of the capital Kigali, which epitomises Rwanda’s rise from a violence-torn country to the “shining star of Africa”.

India has a lot to learn from Rwanda and one of course is on the front of cleanliness. And, with ‘Swachch Bharat’ being one of our flagship campaigns, we would like to engage with that country more in that area, Amar Sinha, Secretary, Economic Relations in the Ministry of External Affairs, said.

Vice President Hamid Ansari recently visited Rwanda, during which he hailed the country’s rise after reconciling with its turbulent past.

The efficient and clean city of Kigali, captures the great strides that this country is taking on its path of growth and prosperity, Ansari had said.

Sinha, who accompanied Ansari during the visit, said the ethos of cleanliness in the streets and the zero-tolerance for corruption in governance offers valuable lessons for India.

“We would certainly like to see if their successful governance models can be replicated,” he said.

“But, Rwanda’s greatest achievement is its reconciliation with its turbulent past. From signs of great conflict, it has become a shining star of Africa. This is truly remarkable and worthy of emulation,” he said.

And, indeed this African country has overcome memories of its unpleasant past with community activities and adherence to sanitation has played a pivotal role in that endeavour.

“On last Saturday of every month, all citizens, including President Paul Kagame, come out of their homes, as part of a community cleanliness drive ‘Umuganda’.

This practice has not only made the city clean, it has brought people together of different ethnicities, fostered a sense of ownership for the country and helped put behind the horrific memories of the genocide, says Aniket Ukey, a Delhi-born youth, who is now settled in Kigali.

Not just clean, the city is so safe; no one will touch a woman even if she goes out alone after midnight. These are the qualities any country would feel envy of, he said.

NGT Re-Allows Camping Along The Ganga With Limitations