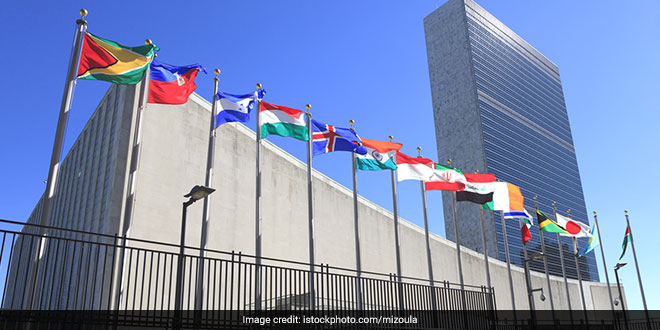 Nairobi: Nitrogen pollution is one of the biggest environmental issues faced by humans today and requires urgent action from nations around the world, the UN Environment agency said on Monday. Its Frontiers report, launched ahead of the UN Environment high-level assembly beginning on March 11, explores environmental issues that will have profound effects on society, economy and ecosystems, along with some novel solutions.

Nitrogen is essential for life but excess nitrogen pollution has tremendous consequences on humans and the environment, the report said. In the form of nitrous oxide, for example, it is 300 times more powerful than carbon dioxide as a greenhouse gas, in addition to the effects of various nitrogen compounds on air quality and the ozone layer. The report warns,

Altogether, humans are producing a cocktail of reactive nitrogen that threatens health, climate, and ecosystems, making nitrogen one of the most important pollution issues facing humanity. Yet the scale of the problem remains largely unknown and unacknowledged outside scientific circles.

Much of India’s air pollution is linked to ammonia from agriculture and nitrogen oxides from combustion sources.

Chemical fertilisers account for over 77% of agricultural nitrogen oxide emissions in India and cattle contribute to 80% of the country’s ammonia production, says Nandula Raghuram, Dean of Biotechnology at Indraprastha University in New Delhi and President of Indian Nitrogen Group (ING), a voluntary body of over a hundred scientists and stakeholders.