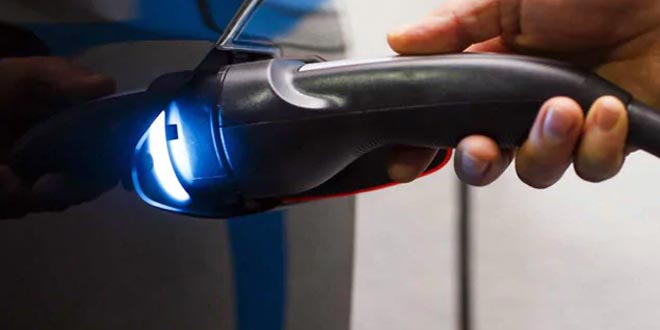 New Delhi: In a bid to encourage electric mobility among people, the state run Bharat Heavy Electricals Limited (BHEL) has installed a solar powered electric vehicle charging station on the Delhi-Chandigarh Highway on Monday (March 4). According to a senior official at BHEL, this is the first solar-based electric vehicle charger (SEVC) installed by the company which will be installing 99 more chargers on the same route by the end of the current year. The first charger is installed near the Ethnic Resort in Sonepat district.

The charger, inaugurated by A.R. Sihag, Secretary at the Department of Heavy Industry (DHI), in the presence of BHEL Chairman and Managing Director Atul Sobti and senior officials of Haryana Tourism, will start operating for the general public by the end of this week. Construction of other chargers is under progress, said the official. He said,

One solar based electric vehicle charger will be installed on both sides of the highway after every 25 kilometre stretch. The establishment of chargers at regular intervals over the entire 250 km stretch between Delhi and Chandigarh will allay range-anxiety among the users and bolster their confidence for inter-city travel.

According to the official, it is important to build a robust infrastructure for encouraging a faster adoption of electric mobility. As per experts, strong charging infrastructure helps in tackling ‘range anxiety’ among people. People suffer from range anxiety when they worry about their vehicles getting discharged before reaching the destination or a suitable charging point.

The charging station installed by BHEL has both slow charging and fast charging facilities that can charge an electric car in 5 hours and 90 minutes respectively. It has a capacity of charging two electric vehicles at the same time.

The project is covered under the FAME (Faster Adoption and Manufacturing of Hybrid and Electric Vehicles) scheme. As part of the project, BHEL has also developed a central monitoring system for EV chargers and is also developing a mobile application for EV users. BHEL is also planning to install fast charging station across various locations in the country.