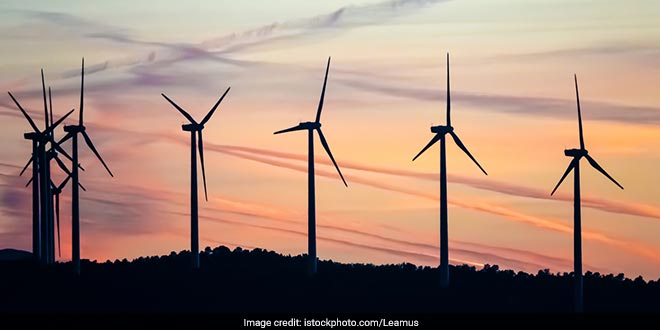 Washington: India, which is successfully pushing its aggressive policy of adding renewable energy to its energy profile, is projected to be on track to achieve its target set under the historic Paris climate change agreement, a top US energy expert has said. Testifying before a Congressional Committee on Paris Climate Agreement Commitment, an energy expert from the World Resource Institute and George Mason University, Andrew Light said that India’s aggressive policy on renewable energy is primarily driven by its domestic incentives to keep its greenhouse gas emissions in check.

The most important is that India’s air pollution levels have become a domestic crisis. Air pollution caused roughly 1.24 million deaths in India in 2017 alone. He said,

The WHO estimates that 11 of the 12 cities with the highest levels of particulate matter pollution in the world are in India. India is also seeking to provide electricity to over 30 million homes that are still without power, and ensuring that energy access is reliable for all its citizens.

It also stands to benefit economically from being a leader in the solar energy industry and will achieve greater energy security in the process. Mr. Light told the members of the Environment and Climate Change subcommittee of the House Energy and Commerce Committee.

Because of India pushing forward with this transition, it is projected to be on track to achieve part of its Paris target of 40 per cent non-fossil-based power capacity by 2030.

He said India is an example of a large developing country that is still industrialising, but increasingly making strides to do so sustainably. While its total emissions climbed an estimated 6.3 per cent in 2018, most of this growth was in order to provide electricity to people who had previously lacked access to reliable power, Mr. Light told the lawmakers.

India’s total emissions remain much lower than those of the US (India makes up 7 per cent of global emissions, while the US accounts for 15 per cent) and its per capita emissions are still very low, at only 2.5 tCO2e per person as of 2014.

The main approach in India for reducing emissions is by pursuing very ambitious targets for the deployment of renewable energy, especially solar power, he said.

For its Paris commitment, India set a goal of 40 per cent electricity generation from non- fossil fuel sources by the year 2030, as well as a reduction in its economy’s carbon intensity of 33-35 per cent by 2030, he added.

Mr. Light said that even prior to setting their target under Paris, Prime Minister Narendra Modi established an ambitious target to install 100 gigawatts (GW) of solar energy, 60 GW of wind power, and an additional 15 GW of biomass and small hydro by the year 2022, creating an estimated 330,000 new jobs in the process.

The solar target alone is the largest single-sector target of its kind in the world. India energy watchers in the US were skeptical of the feasibility of these targets when they were originally announced, but now India is making excellent progress on delivering these targets, Mr. Light said.

Also Read: Life Expectancy Of Indians Can Go Up By Over A Year If Air Quality Improves By 25 Per Cent, Finds A Study

Asserting that India’s growth in renewable energy over just the last five years has been staggering, he said the costs of renewable energy in India have fallen 50 per cent in the past two years.

“India is performing so well that it is now aiming to reach 227 GW of renewable capacity by 2022 by also adding floating solar and off-shore wind to the package. For context, this is nearly double current US levels of wind and solar capacity. Meanwhile, the number of planned coal plants has plummeted, shrinking by a quarter in the first half of 2018,” Mr. Light said.