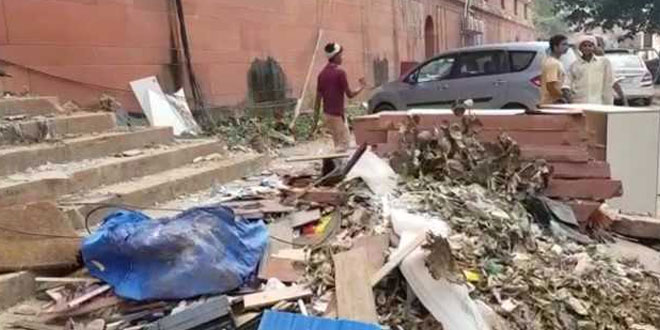 Prime Minister Narendra Modi’s cleanliness call seems to have few takers in Raisina Hills, India’s seat of power which houses most important government buildings including Rashtrapati Bhavan, Secretariat building housing Prime Minister’s office and offices of other top ministries like Finance and Home Affairs. A reality check done by NDTV shows two sides of the government claim – “Swachhata Hi Seva Hai“. On the first floor where usually the union ministers sit, the red carpets and dimly lit foot lights greet every important person who enters this zone called “The Raisina Hills”. Flower rangolis and green plants are seen in a corridor leading to the top ministers’ office. Notably, cleanliness is such a high priority in this floor of the building that floor is swept every two hours and even the red carpet on the stairs is dusted three times a day. But if one visits the floor above then the reality sinks in as to how clean our heritage buildings are. 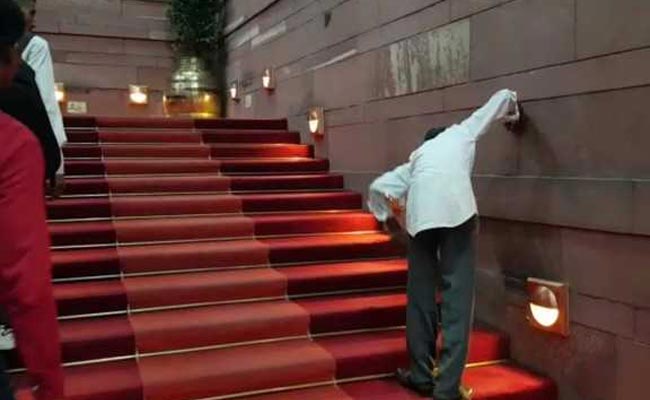 Cleanliness is a high priority on first floor of the building

“With ‘Swachta Hi Seva’, we are promoting and trying to motivate people, especially the youth to join the Swachh Bharat Abhiyan. The Prime Minister of India has given a call to make India clean,” Kiren Rijiju, Minister of State for Home Affairs, told NDTV. According to Mr Rijiju, every part of India would be clean by 2022. 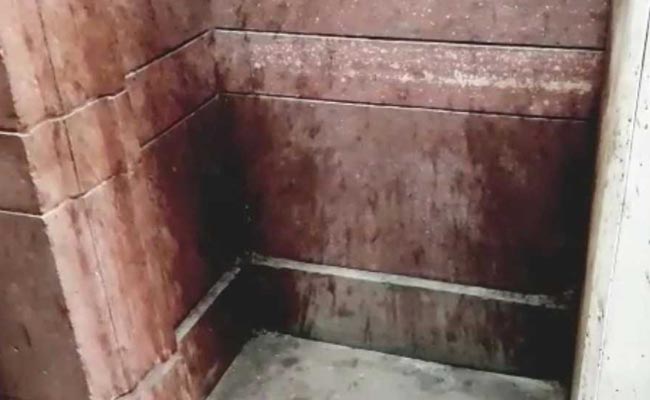 But the condition of the floors above the first floor presents a different case. Paan stains on corridors, filthy staircases and garbage outside each door is a common sight. Even the structure of the heritage building has been destroyed in some parts as make shift cabins have been erected.

Ironically, the Union Home Minister Rajnath Singh while kickstarting the ‘Swachta Hi Sewa’ campaign on September 15, said that all employees of the Ministry of Home Affairs and Paramilitary would participate in this sanitation initiative. 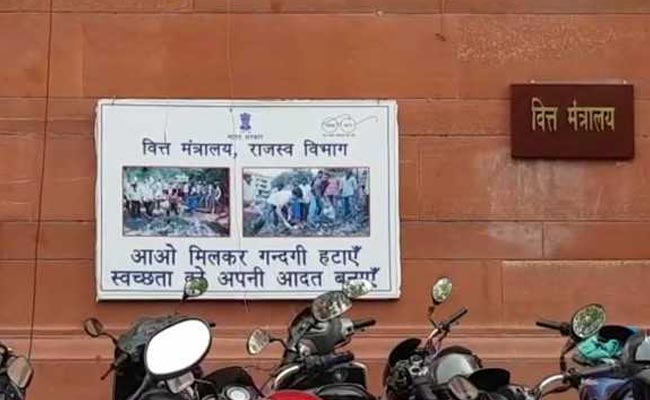 Swachh Bharat Abhiyan is visible on banners in most of the entry and exit points of the various gates in corridors of power but what is shameful is that heap of waste can be seen lying just under most of the banners.

When NDTV visited this side of the building piles of garbage was lying in the open. If smell of the waste dump was any indication then it can be safely said that it was just lying there for last many days. 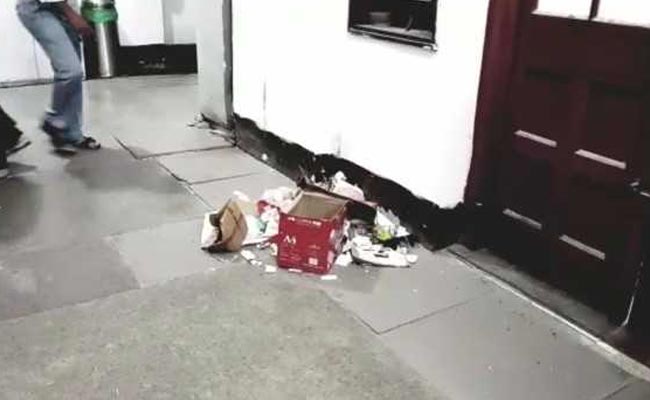 Garbage lying in the corridor of the government building

This doesn’t go well with the ‘Swachhata Hi Seva’ initiative that the government is pushing as a nation-wide sanitation campaign, which will run from September 15 to October 2, as a run up to the third anniversary of the Swachh Bharat Abhiyan.

“The mission of this programme is to keep our environment and surroundings clean,” said Ashok Prasad, Advisor to the Ministry of Home Affairs.

The objective of the campaign is to mobilise people from all walks of life to undertake shramdaan for cleanliness and construction of toilets to make India free from open defecation. The President, union ministers, chief ministers and other distinguished dignitaries of the government along with celebrities have so far come forward to be part of the campaign to urge the people to do their bit to make India a clean country.

Swachhata like charity needs to begin at home, but condition of Raisina Hill offices show that commitment to cleanliness is still a far way off.

Chief Minister Manohar Parrikar Sets An Example For Goans, Goes Plastic Free And Cuts Down On His Waste Generation

Trending: This Nature Photographer’s Seahorse Click Shows All That Is Going Wrong With Our Planet