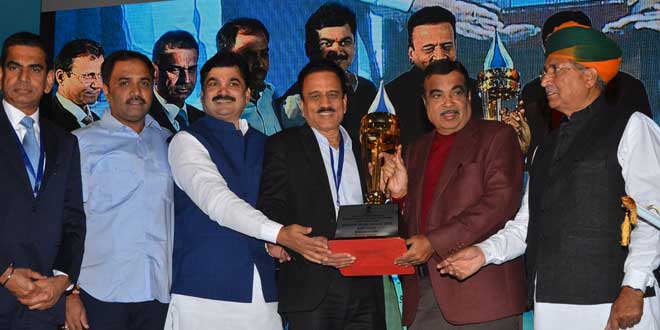 New Delhi: India does not have shortage of water but the management of water is not adequate, Union minister Nitin Gadkari said here on Monday. The Union water minister who also handles the Road and Transport portfolio made the comments at the National Water Awards ceremony for 2018. Mr. Gadkari said,

India does not have shortage of water but the management of water is not adequate. The need to institute national-level water awards spanning across sectors was strongly felt to encourage people to play their respective roles in conservation of water.

Listing some of the steps which have been taken for effective management of water in the country, the minister said 400 MLD water from Okhla barrage will be treated and used for Delhi through Wazirabad barrage.

Many projects have been completed under the Pradhan Mantri Krishi Sinchai Yojana (PMSKY). Preference is being given to piped irrigation instead of canal irrigation to conserve water. Existing canals are also being concretised to avoid wastage of water.

On the Clean Ganga Mission, Mr. Gadkari said during the ongoing Kumbh Mela, the water was both ‘Nirmal’ and ‘Aviral’ (continuous and clean flow) and the people appreciated the cleanliness. He said,

The sighting of dolphins, turtles and birds in Ganga shows that the water quality of the river has improved. There should be people’s participation in making the issue of water conservation a public movement. Groundwater recharge and rejuvenation of water bodies are among the greatest challenges.

Maharashtra, Gujarat and Andhra Pradesh bagged the first, second and third National Water Award, respectively in the ‘Best State’ category. The Ministry of Water Resources, River Development and Ganga Rejuvenation instituted the National Water Awards to emphasise on the importance of water resource management in India.

The prime objective of the awards is to bring the best efforts being done in water conservation to the national front and encourage all stakeholders, including non-governmental organisations (NGOs), gram panchayats, urban local bodies, Water User Associations, institutions, corporate sector and individuals, to manage their water resources efficiently.

Air Purifier Industry To Be Worth $39 Million By 2023, Thanks To Air Pollution: ASSOCHAM-Techsci Study