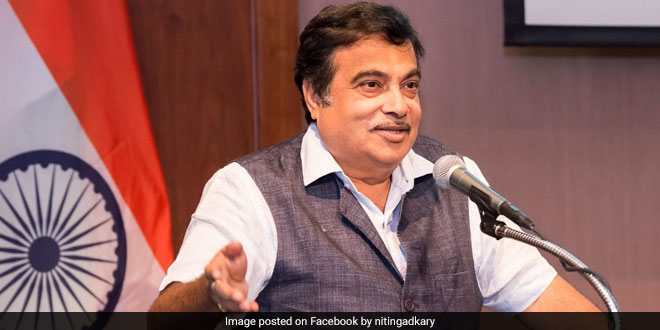 Haridwar (Uttarakhand): Union Minister for Water Resources, River Development and Ganga Rejuvenation, Nitin Gadkari on Thursday (February 21) inaugurated Chandi Ghat River Front Development in Haridwar, undertaken in the line of National Mission for Clean Ganga (NMCG). Located close to Chandi temple and Kali temple, the project accomplished at a cost of Rs 69.18 crore is a part of 36 other projects in Uttarakhand which have been completed.

Strategic development plan in context with the city level mobility network, showing important access points has also been developed. The stretch is almost 767-metres along the Ganga, in which 627 metre is the bathing ghat and 140 metre is the cremation ghat.

While addressing the gathering at Chandi Ghat, Mr Gadkari said,

The ghat has now been turned into a ‘pakka’ ghat which can accommodate 10,000 people taking bath together.

Proper parking arrangements along with several other facilities have been introduced to ensure the safety and convenience of the visitors, the minister added.

The remaining 14 projects will also get completed by the end of the year, said Rozy Agarwal, Executive Director (Finance) of National Mission for Clean Ganga.

Rejuvenation plans for Banganga and Sonali Rivers were also announced by the minister along with foundation laying of projects worth Rs 12,000 crore under National Mission for Clean Ganga.

No Water Shortage In India, But Management Not Adequate: Union Minister Nitin Gadkari