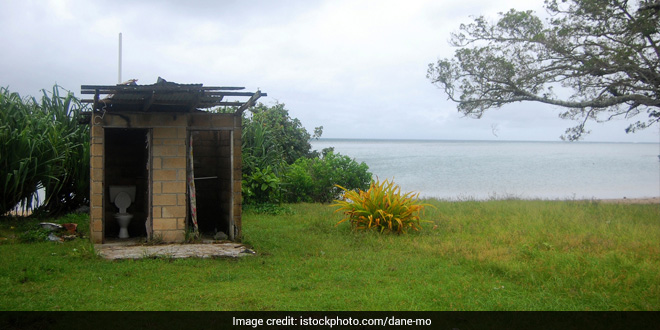 Mumbai: As rural Punjab inches towards the open defecation free (ODF) status, the state Department of Water Supply and Sanitation has urged all the villagers to play an active part in eliminating cases of open defecation from their respective neighbourhoods. The government, recently issued a public notice asking people to report anyone who is found practising open defecation despite having access to a toilet. The public notice was circulated through half page advertisements in all the 15 regional newspapers of the state.

People have been asked to use the toll number, WhatsApp number, email address to notify the government.

Residents of all the villages are requested that if any villager goes out for open defecation, then the information in this regard may be sent to below mentioned toll free number/email/Whatsapp number, read the public notification.

As per the information available on the government portal, the sanitation coverage of rural Punjab has increased from 75 per cent in 2014 to now nearly touching 100 per cent. The circular also confirmed the same and said that the Gram Panchayats from all the 1,2581 villages of the state have been self-declared themselves open defecation free.

Under Mission Swachh and Swasth Punjab, the Gram Panchayats of all the villages in Punjab have declared their villages as open defecation free, the circular read.

The circular further asked people, eligible for the toilet subsidy under the Swachh Bharat Mission (Gramin), to download self-declaration perfoma from the government website to avail the toilet incentive. The form must be submitted before 22 April, 2018 it said.

State Swachh Bharat Mission (SBM) Mission Director, Mohd Ishfaq said that the government has launched a 21-day Muniyadi and Tele calling campaign under the state’s ODF verification and sustainability protocol. As per the protocol, public announcements on cleanliness and sanitation will be made in all the Gurudwaras in the morning and evening. The Nigrani (monitoring) committees of the cleanliness mission and gram panchayat functionaries will make telephone calls to families with newly constructed toilets. The call will include, officials sending reminders to villagers to end the practice of open defecation and adopt safe hygienic practices.

The government has also deployed 500 Swachhta Raths in all the villages to spread the message of sanitation.

Since the inception of Swachh Bharat Abhiyan in 2014, over 2.5 lakh toilets have been built in 22 districts of the state. 11 of the 22 districts have completed the third party verification and have been given the ODF title by the Quality Council of India (QCI). The verification process by QCI in the remaining villages is currently in progress.