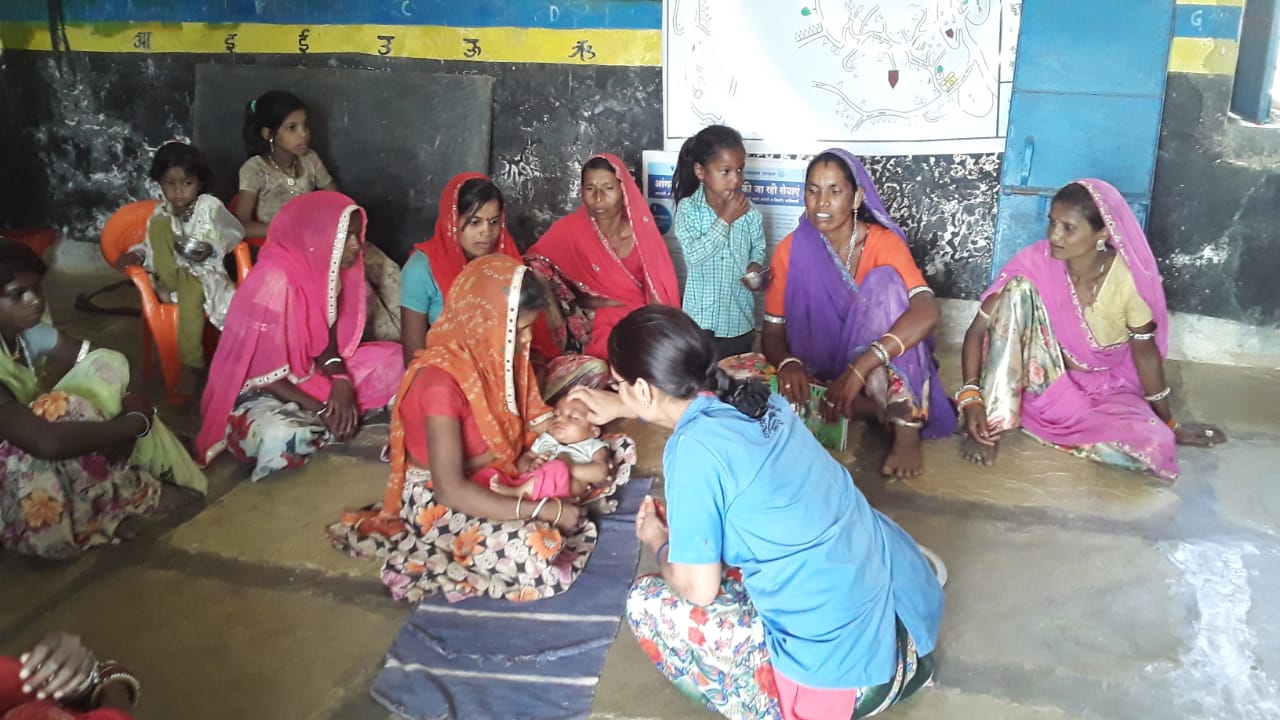 New Delhi: 23-year-old Parvati from the tribal village called Dulawato Ka Guda of Badgaon block near Udaipur is going through a high-risk pregnancy. In the eighth month of her pregnancy, due to lack of care and awareness, her haemoglobin was down to 4 grams per decilitre, as against the ideal range of 12.0 to 15.5 grams per decilitre. A case of extreme Anaemia, a condition that puts both mother and child, at risk.

When her village’s Accredited Social Health Activist or ASHA worker, Shanta Garg, heard about Parvati’s deteriorating condition, Shanta took her team including the local doctors, nurses and other anganwadi workers to Parvati’s parents’ house, along with an Ambulance to immediately take her to the hospital.

Parvati’s mother refused to let her daughter go to the hospital. Pregnancy in Parvati’s village is still a topic that is shrouded in numerous myths in terms of what a pregnant woman should or should not do or eat.

Shanta warned Parvati’s mother that she would be back the next day, and the one after that, until she’s able to take Parvati to the hospital.

Also Read: ‘Only Healthy Mothers Can Produce Healthy Offspring,’ Is The Message This Nutrition Warrior Spreads In Her Rajasthan Village

On the second day, Shanta managed to convince her parents and took Parvati to the Maharana Bhupal Government Hospital in Udaipur, 30 kilometers away from their village. The doctors thanked Shanta for getting Parvati in the nick of time because any further delay in getting her to the hospital would have endangered both mother and child’s life.

Parvati had to be given three units of blood from the blood bank and was admitted in the hospital for over a week. She is now in her ninth month of pregnancy and is in a much better condition than before, all thanks to Shanta’s unrelenting attitude.

It’s Shanta’s efforts, genuine care and dedication like this, that made her the winner of the Nutrition Warrior title at the Outlook Poshan Awards 2019. Shanta, a post graduate in Sociology and mother to two sons, has been working as an ASHA worker since 2007. Her efforts were noticed by IPE Global who nominated her for the Poshan Awards. 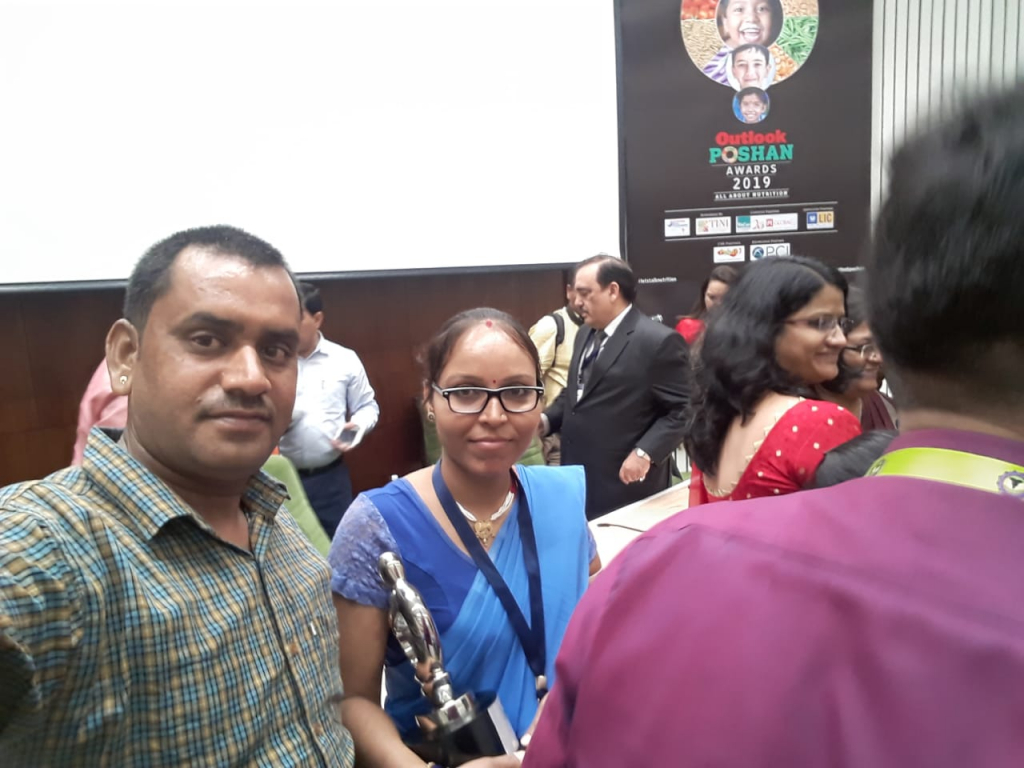 IPE Global is an Indian- International development consultancy that has been conducting training sessions with various anganwadis across India, educating about the importance of nutrition among pregnant women and the new-borns, in addition to the importance of vaccination and immunisation.

As an ASHA worker, Shanta visits about 10 homes daily to personally discuss and train the villagers about the importance of healthcare and imparting the knowledge she received from IPE Global training sessions. She tells NDTV,

Earlier, due to lack of awareness, our village had the least number of pregnant women registering to avail the facilities provided under the Pradhan Mantri Surakshit Matritva Abhiyan. I found out that it was due to restrictions from their in-laws that they don’t come and register. That’s when I figured who I should be talking to. After forcing, convincing and educating the mother in laws for years, now they bring their daughter-in-law themselves to register with us and access the healthcare facilities.

Shanta explains that she teaches the mothers and grandmothers the importance of nutrition in the first 1000 days which begins when the baby is conceived, which also includes breastfeeding the baby for the first six months.

We also use Information education and communication (IEC) activities to educate the kids and the mothers. IEC activities like games and stories teaching them the importance of health, hygiene, nutrition have proven to be very well received in our village. 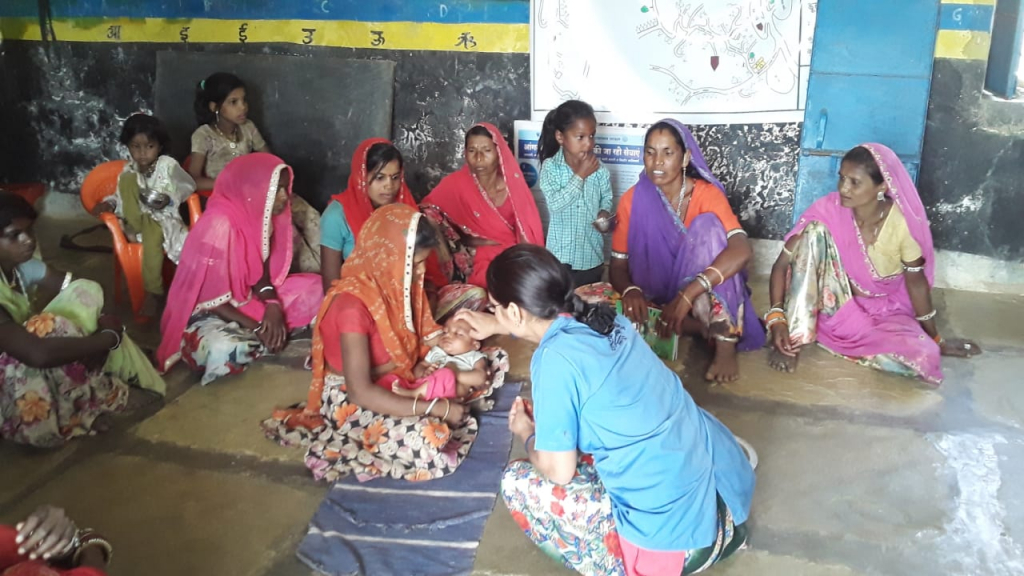 Shanta has been working with the anganwadi for twelve years and with each year, I have only seen her dedication increase. She often says that she will take rest when the entire village is healthy and happy, with every child receiving proper nutrition and vaccination and mothers knowing exactly what to eat and how to take care of themselves and their newborns. We are fortunate that she wants to make a difference in our village, and thanks to her, our people are already much more informed about health and hygiene as compared to other villages.

Getting people to listen and understand what she was trying to communicate wasn’t easy for Shanta initially. Talking about how her community accepted her and her future plans, she shares,

In the last 12 years of me associated with my Anganwadi, I have noticed that anaemia, infant mortality, and intoxication by pregnant women are the major issues. I have, in my initial days wept due to lack of response I used to receive from the villagers when I would try to educate them. But over the years, even they have accepted that I’m not going to give up! So they gave in and started lending their ear to listen to what I have to say. Finally they have realised that what I’m trying to teach them is for their own benefit and women have started taking their and their children’s health more seriously now. I’m happy with the progress I’ve been able to make in the last 12 years and only wish to continue making a difference for the better in the coming years, she signed off.