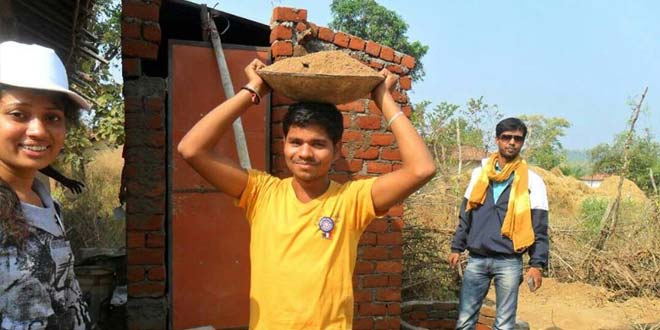 Just a little over a year ago, not a single household in Newsa, a small village tucked away in Chhattisgarh’s Bilaspur district, had a toilet. Continuing a practice which had persisted for generations, the residents of the village would simply defecate in the fields. However, today, every single household has its own toilet and the village has been declared open defecation free. And this is all thanks to the efforts of a group of students from a college in Bilaspur.

It all started when this group of students from Chitani Mitani Dubey College went to Newsa as a part of the camping trip under the National Social Service Scheme (NSS). The group was shocked to find that there wasn’t even one toilet in the village.

“No one really knew about why defecating in the open was bad or the Swachh Bharat Abhiyan. On the trip, it was really difficult for us girls, in particular, to live without a toilet. We couldn’t even imagine what the villagers had to go through on a daily basis,” says one of the students involved in the effort.

The students began by making the villagers aware about the Swachh Bharat Mission and how they could get funds from the government to construct toilets in their households. With support from their college, the students then decided to adopt the village and help the residents build households.

While convincing people wasn’t as difficult, the strong team of 60 students had not initially anticipated the real hurdles came in actually constructing the toilets. 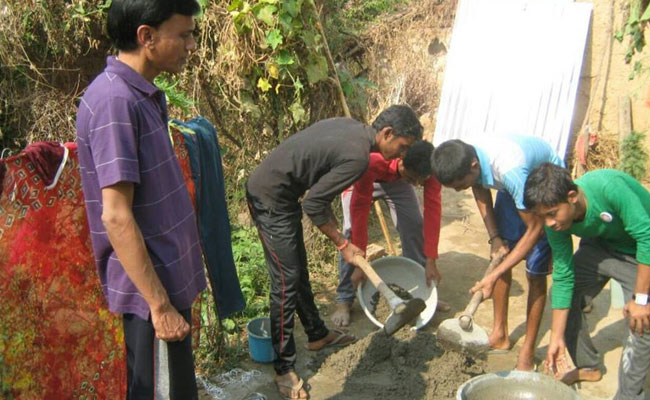 The students found that the ₹12,000 sanctioned by the government per toilet was often not enough and many made personal contributions to help the villagers cover the costs.

To help expedite the process and lower costs, the students dug the pits required to build the septic tanks for the toilets themselves, often under the scorching summer sun. Scorpions and snakes in the area did not make matters any easy and multiple students were stung during the exercise. 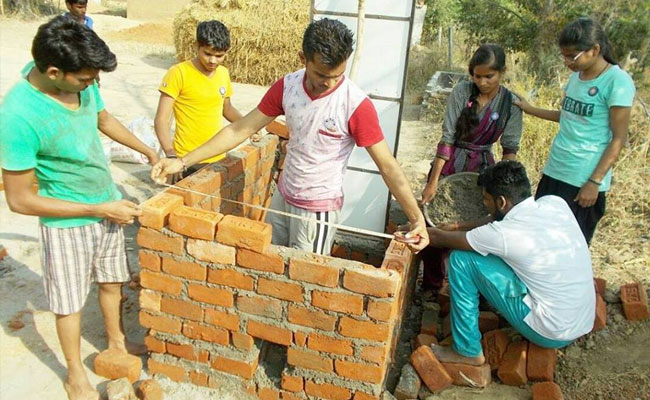 “The heat was incredible. Many volunteers even went back. Sometimes there would be no water. But the local authorities were very helpful and so were the locals. Once we told them the benefits of having a toilet at home they quickly began to participate,” says one of the students.

“There are around a hundred households. Once they started building it for a few of them, the momentum quickly took off and everyone wanted a toilet in their houses. It became a matter of pride,” says Sameera Paikra, a member of the Bilaspur Zila Panchayat.

“We worked in two phases. In the first we built 13 toilets and in the second we built 49 toilets,” says Deepak Agrawal, former president of Chitani Mitani Dubey College’s student union.

The exercise started in May 2016 and by November every household had a toilet. 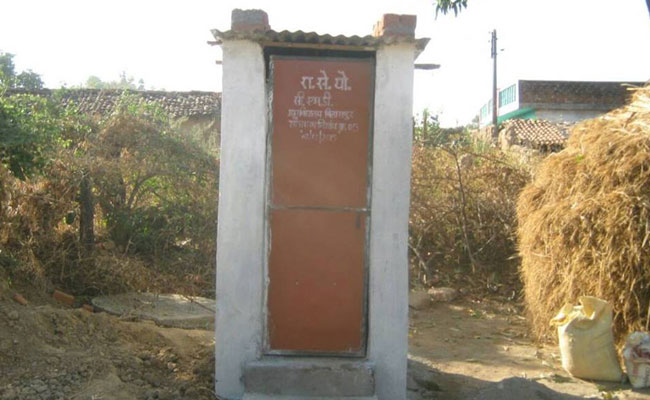 “It is unbelievable. Now every household in the village has their own toilet and no one defecates in the open. Not only did the students come and help us out with the process, they also taught people how to use and maintain these toilets. They would go to the schools and tell the children about it,” says Sameera Paikra.

As of May 12, according to the Ministry of Drinking Water and Sanitation’s Swachh Bharat Gramin dashboard, nearly 64 per cent of Bilaspur district’s villages are open defecation free and all of the district’s households have individual toilets.