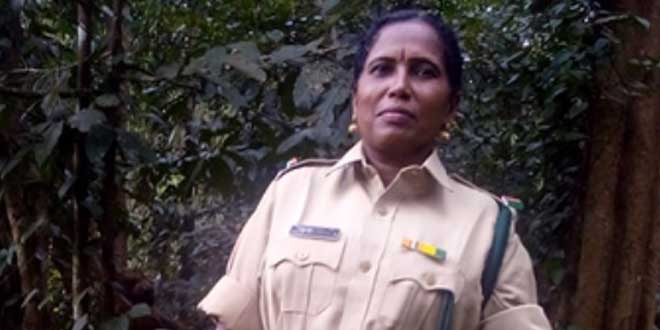 The nine tribal colonies which reside in the forested Kuttampuzha Range in Kerala’s Ernakulam district lead rather remote lives. Difficulty in navigation as well as the abundant wildlife in this area, which is located around 73 kilometers from Kochi, means that there is minimal contact with urban amenities and lifestyle for these tribes. Unsurprisingly, most of its members had never even seen a toilet. However, all that changed last year. The area is now open defecation free and the credit for this transformation goes to one beat forest officer—PG Sudha—who was instrumental in helping build 497 toilets for these tribal colonies.

“The reason that people here did not have toilets was that they were simply used to defecating in the open and even if someone did want a toilet, constructing one would have been too difficult. The area’s terrain means that the transportation of construction materials is very difficult if not nearly impossible,” the 52-year-old PG Sudha, who has been working with the state forest department for over two decades explains.

When the directive was issued under the Swachh Bharat Abhiyan to construct toilets and help end open defecation, the government found that no contractors wanted to take up the task. Ms Sudha then stepped in and managed to convince one contractor to do the task.

“The biggest challenge was not the construction but actually transporting the materials. This is why everyone was reluctant to take up the job. These tribal colonies are remote, there are no proper roads to get to them. In fact, to reach some of these settlements one has to walk for 15 to 20 kilometers because there aren’t any other means,” Ms Sudha tells NDTV.

Another challenge was circumventing the animals, especially the elephants, which inhabit the area.

“We had to be very careful. We had to avoid confrontation to ensure that the operation ran smoothly,” she says.

In spite of its daunting nature, the task of constructing these 497 toilets was completed in a record 3 months, starting in August 2016 and ending by the end of October. 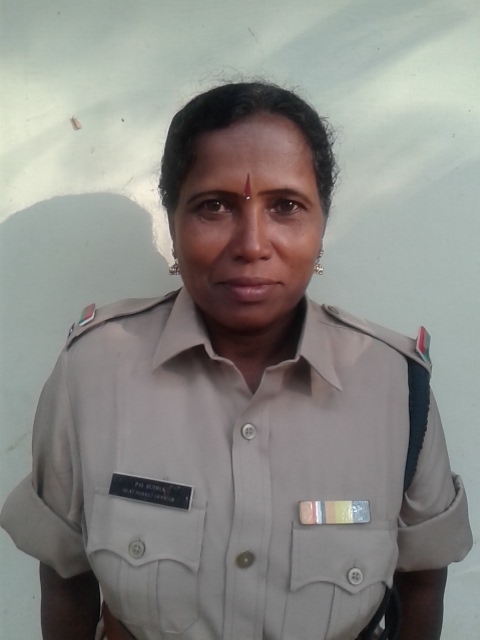 “We would brainstorm and find different ways to transport the construction material to the site. We would be sometimes carting it for kilometers and at other times we would be using rafts to transport the material. Once, the load was so heavy that the raft capsized and the material swept away. But we did not give up,” she says, explaining the different ways in which the crew of workers managed to complete the task.

Ms Sudha found that carrying a load of rocks which should conventionally cost ₹300 was costing them over ₹3,000. Fortunately, the local authorities were supportive and did not hesitate to sanction the money.

“They were really helpful and committed to the cause,” Ms Sudha says, “Once the construction was complete the Collector and other officials came down to teach people in the tribal communities how to use and maintain these toilets, how to use water and why it was essential to stop defecating in the open.”

These three-day long awareness workshops were held in each of the nine colonies.

The good news is that Ms Sudha and her team’s efforts paid off and all these colonies are now open defecation free. In fact, on November 1, 2016, when Kerala was declared as the third state in India to become open defecation free, Ms Sudha was felicitated with an award by Chief Minister Pinarayi Vijayan in recognition of the critical role she played in achieving this target.

It is worth noting that this is not Ms Sudha’s first award. In 2006, she had been named the ‘Best Forest Official’ by the Kerala government.