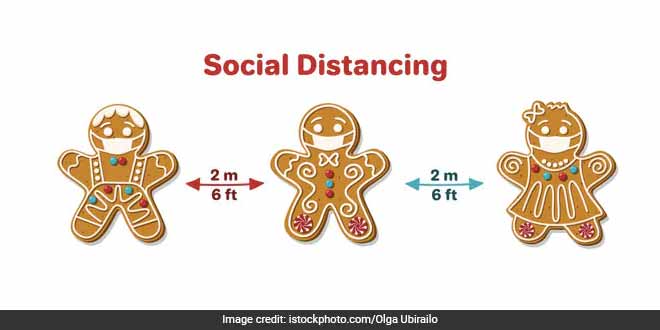 In Odisha, a maximum of 50 participants can join the Christmas mass by strictly following COVID-19 protocol

Bhubaneswar: Keeping in view the detection of the Omicron variant of coronavirus in the state, Odisha government Friday (December 24) imposed new restrictions on celebration of Christmas, New Years Day and other such activities. The new restriction will be in force from December 25 to January 2, the government said in an order. Chief Secretary S C Mohapatra in an order said that in view of protecting the health of the people and preventing the spread of the new variant, the government has restricted Christmas celebration. A maximum of 50 participants can join the Christmas mass by strictly following COVID-19 protocol and specific conditions imposed by district magistrates, municipal commissioners and local authorities while giving permission for it.

The order also said that no celebrations other than weddings will be allowed in the state. Reception and ancillary functions connected to weddings too will not be allowed.

While funeral rites are allowed with strict adherence to the COVID-19 protocol, the order said there will be strict vigilance on crowding and gathering during the occasions.

No community feast is allowed and no social gathering, rallies, orchestras, dance and other cultural programmes are allowed, the order said.

They may impose any additional restrictions as may be felt necessary for containing the spread of coronavirus and to ensure that COVID-19 appropriate behavior is being followed by all concerned, the order said.

Persons violating the restrictions will be liable to be prosecuted as per the provisions of different laws, including the Disaster Management Act, 2005, it added.

A total four instances of Omicron have been reported in Odisha so far.

World Witnessing Fourth COVID Surge, We Have To Be On Guard, Can’t Afford To Slacken: Centre