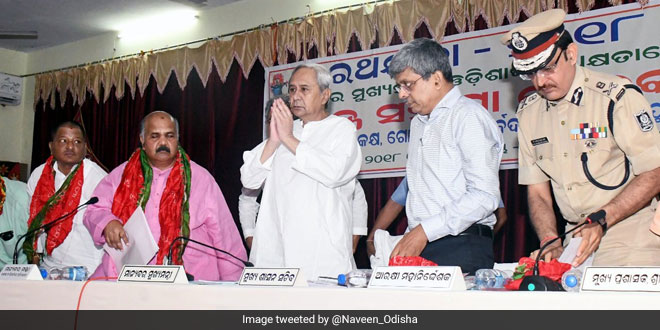 New Delhi: Taking a big step in order to beat plastic pollution, the Odisha government on Tuesday announced a ban on the use of plastic bags and single-use plastic in the State starting from October 2, Gandhi Jayanti this year. Chief Minister Naveen Patnaik made the plastic ban announcement while talking about environmental awareness in the newly started “Ama Mukhyamantri, Ama Katha” (Our Chief Minister, Our issues) programme that aims to discuss social issues with the people through video conferences.

Mr Patnaik further said that the plastic ban will come into force in areas such as Bhubaneswar, Cuttack, Berhampur, Sambalpur, Rourkela and Puri from October 2 and in the entire State in phases over the next two years.

To make the ban effective, Mr Patnaik said that the state government will assign responsibilities to the three departments to ensure that the ban is implemented effectively. The Housing and Urban Development Department will enforce the ban in the Municipal Corporations and urban local bodies, while the Panchayati Raj Department will enforce it in rural areas of the State. The Forest and Environment Department has been roped in to oversee the plastic pollution and control measures in the entire State. Highlighting the need for the ban in the state, Mr Patnaik said that the use of plastic is posing a grave danger to the environment as well as the health of children and the future of the human race.

Urging people to do their bit for the environment, Mr Patnaik signed off by saying,

I urge people to plant one sapling each during the ongoing monsoon season and care for those plants as their family members. It is the need of the hour. We all have to do this for the planet. I hope, when the plastic ban comes into force, people will corporate.

Taking care of environment instils a sense of responsibility & will retain the green cover of #Odisha. I urge one & all to plant a sapling, nurture & nourish it and make it a family tradition for a healthier living. #SabujaOdisha pic.twitter.com/ZqFT2fRGdM

Also Read: DIY: How To Upcycle Thermocol Tableware That You Ditch For Eco-Friendly Options