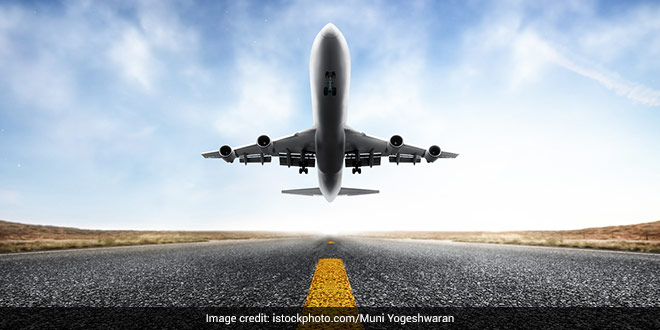 At the Delhi airport, rapid PCR test costs a passenger Rs 3,500 but the results come in 60-90 minutes

New Delhi: The number of Omicron cases in India now stands at 21, as it has more than doubled in a day. Keeping the Omicron Covid variant in view, the Airports Authority of India has shared a detailed set of state-wise guidelines for quarantine norms and regulations to be undertaken by flyers. Is that enough to keep us all collectively safe and contain the spread of the new variant of the Coronavirus? Or is this a situation where policies are many but its implementation is lacking?

Amid concerns over the Omicron variant of coronavirus, the Centre had issued a revised guideline for international travellers which came into effect on December 1.

According to the Union Health Ministry’s guidelines issued on November 30, all passengers coming from “at-risk” countries have to compulsorily undergo RT-PCR test and two per cent of passengers arriving from other countries would also have to take the test on a random basis.

The passengers will have to wait for the results before leaving the airport or taking a connecting flight, according to the guidelines.

Countries in Europe, including the UK, and South Africa, Brazil, Botswana, China, Zimbabwe, Mauritius, New Zealand, Hong Kong, Singapore and Israel have been placed in the “at-risk” category by the Union Health Ministry.

A passenger coming from an “at-risk” country can choose either of the tests at the Delhi airport.

However, according to international passengers, chaos is reigning at the international airports where passengers are lining up for COVID tests, results are delayed and testing centres are blaming the huge volume of passengers. An anonymous passenger tells NDTV that airports seem to be the new COVID Hotpot, with a huge number of travellers and no social distancing.

On arrival, we need to produce our vaccination certificate, following which we need to undergo Covid tests. We can choose either Rapid PCR or RT-PCR. The sitting arrangement for passengers waiting for their test results is not satisfactory. I had to stand for over one hour as I waited for the results of my Rapid PCR test, a passenger told NDTV.

A Delhi airport authority official explained the arrangements at the airport.

The minister called a meeting with officials of the Airports Authority of India, Bureau of Immigration and GMR group-led Delhi International Airport Limited (DIAL). Officials of Genestrings Diagnostics, the sole laboratory that does RT-PCR testing at the Delhi airport, were also present at the meeting. At the meeting, the minister directed the DIAL to implement better crowd management strategies, officials stated.

Dr Rajinder K Jhamija, Senior Neurologist and WHO Fellow at the National Institute of Epidemiology, says that the pandemic has a well-defined trajectory and we need to keep that in mind. He explains,

We need to understand that the pandemic has a set trajectory. It always comes in bigger cities like Delhi, Mumbai, Chennai because of the international travel through these cities. The virus then spreads through these metropolitan cities to Tier 2 cities and smaller towns. This trajectory must be kept in the mind by policymakers, as they understand the issue and take action. The standard operating procedure needs to be followed while travelling.

Vimal Kumar Rai, Aviation Expert and Founder, Trace Consulting Services, tells NDTV that it feels like we are back by 12 months in terms of the uncertainties. He said,

We were all looking forward to travelling restarting and people have started going back to normal. But this is a gradual shift, airports and airlines are trying their best to make the journey best for us after an unprecedented month. However, now we are hit again with a new variant. I have two major tips for everyone who wants to travel amid the emergence of the new variant of concern: firstly be prepared, do your research. Don’t believe everything the agent tells you. The second piece of advice that I have is to buy travel insurance which covers COVID-19. In such a time, insurance can help you cope with the unnecessary out of pocket expenses.

Science And Health: What Is Telemedicine And Is India Ready For It?

Next Pandemic Could Be More Lethal Than COVID, Vaccine Creator Says