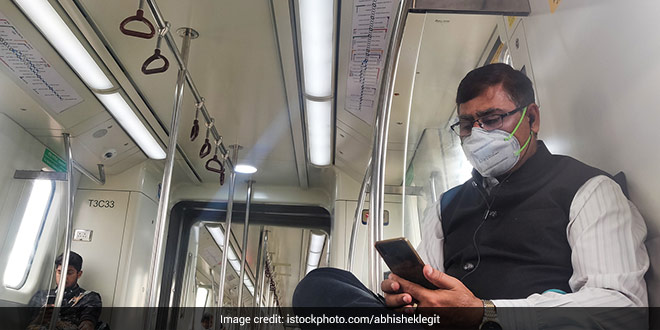 The study shows that the virus is mutating and the disease severity is mild.

New Delhi: Lok Nayak Jai Prakash Narayan (LNJP) Hospital of Delhi conducted a study on the Omicron variant which shows that the virus is mutating but the disease severity is mild. In the research, it was discovered that 35 mutations included 3 non-significant mutations in the spike protein.

This is one of the best research in Omicron done by gene sequencing lab. LNJP has done a study on Omicron and submitted data of 13 patients. We have compared the original virus from Wuhan, China. In the study, we found 35 mutations which include 3 non-significant mutations in the spike protein in this variant, as compared to 31-32 mutations in the South African variant. We did gene sequencing and correlated with clinical findings and we found that these patients were either asymptomatic or mild in nature, said Dr Suresh Kumar, Medical Director, LNJP.

Dr Kumar said the study shows that the virus is mutating and the disease severity is mild.Speaking on the rise in COVID-19 cases in Delhi, the LNJP MD said that when positivity is more than 20 per cent, then it is an alarming situation and it means that people might require beds and ICU for high-risk patients.

The number of new cases in Delhi is increasing and we have seen positivity around 25 per cent. We have seen that more and more people are admitted with comorbidities. When positivity is more than 20 per cent then it is an alarming situation and it means that people might require beds and ICU for high-risk patients. In the coming days we see that more people will be requiring hospital admission, he said.

He further welcomed the decision of the Delhi Government for closing all restaurants in the national capital.

People Should Not Take Omicron Lightly & Let Their Guard Down: Doctors