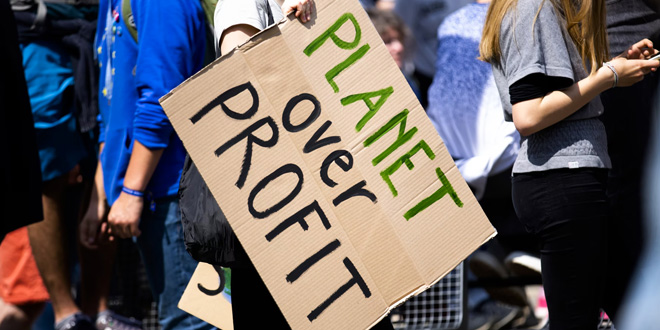 In his speech at COP26, PM Modi urged developed nations to fulfill the promise of providing $100 billion to developing countries every year as finance for climate actions

New Delhi: According to experts, one of the contentious issues for all climate negotiations has been the issue of climate finance. At the ongoing 26th United Nations Framework Convention on Climate Change’s Conference of Parties known as COP26 in Glasgow that began on October 31, the participating countries are expected to accelerate action towards the goals of curbing greenhouse gas emission, adaptation and mitigation of the climate change. Climate finance is key for achieving these goals and therefore, for this year’s COP, India’s stance is to push for the $100 billion per year pending as climate financing from developed countries. Urging the developed countries for fulfilling their climate finance targets, in his speech at COP26, Prime Minister Narendra Modi said,

India expects developed nations to make climate finance of one trillion dollars available at the earliest. Today it’s important to track climate finance just like we track the progress of climate mitigation.

He added that the promises made regarding climate finance had proven to be hollow until now.

While we are all raising our climate action goals, the world’s ambitions on climate finance cannot remain the same as they were at the time of the Paris Agreement, PM Modi said.

What Is Climate Finance?

Why The World Needs Climate Finance?

There is a consensus that rich nations, whose greenhouse gas emissions are largely responsible for global warming, have to pay up the developing nations for adaption and mitigation of climate change and help these nations adopt cleaner technology to curb emissions without obstructing their growth and development. Climate focused investments are needed because large-scale funds are required to significantly reduce emissions while also taking adaptation and mitigation actions.

The United Nations say that while the greatest responsibility lies with developed countries to end their own fossil fuel subsidies worldwide, developing countries must also transform their development pathways and create the enabling conditions for both public and private finance to invest consistently in sustainable, inclusive, resilient and transformational infrastructure and socio-economic growth, in line with the collective long-term goals of the Paris Accords.

According to the United Nations, transitioning to a green economy, can unlock new economic opportunities and jobs.

An investment of US$1 in positive climate actions, on average, yields US$4 in benefits, says UN.

According to the Paris Agreement, $100 billion would need to be transferred from developed to developing countries every year from 2015 till 2025, after which the amount would be revised upwards. Ms Vikas highlighted that under the Paris Agreement, governments also agreed on setting up a Green Climate Fund (GCF) through which the funding will be channelized. She said the secretariat of GCF is located in Seoul, South Korea. She said,

The Green Climate Fund aims to support and maintain balance between mitigation and adaptation actions and to engage the private sector to mobilize private finance toward low-carbon, resilient investments. It is a critical element of the Paris Agreement and is the world’s largest climate fund.

On the status of the fund, Ms Vikas said that so far, it has received pledges of about US $20 billion. She added that in India, about $314.3 million has been deployed across four projects:

According to GCF, at present, the accredited entities from India that are responsible for presenting funding applications to GCF, and then overseeing, supervising, managing and monitoring the overall GCF-approved projects and programmes are:

She further said that the data on climate finance flows is complex, lacks transparency and is interpreted differently by different interest groups.

Ms Goswami said that in the ongoing COP26, India is going to push for more transparency to measure how much and for what targets is the finance required. She added that while $100 billion is a yearly goal, it does not reflect the actual needs of developing countries. She said that there is a need to increase this amount as recommended by UNFCCC. She added,

To implement their promised climate actions, developing countries need $5.8 trillion-$5.9 trillion up to 2030, as per the UNFCCC Standing Committee on Finance.

Ms Goswami also highlighted that the current focus of the global climate financing is on loans and mitigation, however, it should be on grants and adaptation.

COP26 Climate Change Summit: Is India On Track To Achieve Its Climate Targets?