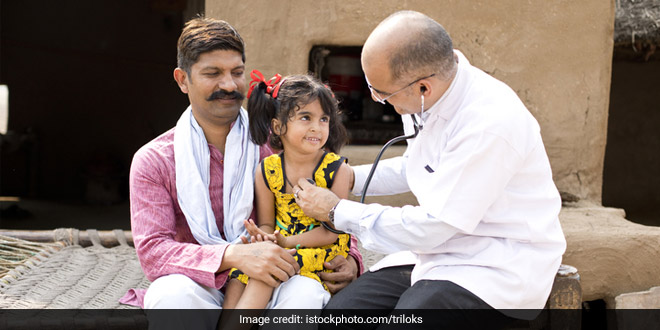 The National Family Health Survey (NFHS-5) report has been much awaited by the health and nutrition fraternity. Rightly so, as the report aids in tracking progress made on the goals of various national programmes as well as the sustainable development goals. Phase I of the survey gives an overview of 22 states and union territories (UTs). However, a complete picture of health and nutrition status in India will only emerge after the Phase II data becomes available.

While experts are deliberating on the report, a key point to be considered is that the survey findings may not be confused as indicators of the progress on ongoing interventions commissioned under the National Nutrition Mission, that is POSHAN Abhiyaan and Anemia Mukt Bharat. It is prudent to recognise that the data collection for NFHS-5 was done at a time when the states were just launching these programmes. Though the NFHS-5 report does not reflect on the progress of interventions being delivered under the umbrella of POHSAN Abhiyaan, what it does highlight is to achieve the envisaged targets is an uphill task and requires intensive work at all levels of administration.

Also Read: How Haryana Is Fighting Anaemia And Improving Its Score Under Anaemia Mukt Bharat Campaign

Progress has been made across various health indicators such as infant mortality rate, antenatal care, and immunisation. However, undernutrition and overnutrition among under-five children, breastfeeding and anemia have once again emerged as pain points. The data collected from 14 remaining states and UTs in phase II might reveal a more dire picture as COVID -19 has impacted health and nutrition service delivery across India.

The majority of the states have shown a substantial increase in the prevalence of anemia among children under-five and women of reproductive age. Even the states which have been performing well in past such as Kerala and Goa have not shown improvements. We do have a lesson here, and a crystal clear one anaemia and undernutrition prevalence can only be tackled if all aspects of the Anemia Control Programme and POSHAN Abhiyaan are implemented with precision.

Looking across the spectrum, there are piece meal success stories. It is evident that while states are taking actions to combat anaemia, unfortunately, it is not comprehensive. States are either addressing issues on supply-side or the demand side. However, available data and learnings show that to tackle anaemia, states need to have a glitch free supply chain of iron and folic acid, robust monitoring systems for course correction, intensive demand generation, and awareness campaigns, and a system which is accountable at multiple levels. In addition to these initiatives, large scale food fortification of staples supported by private players needs to become a ground reality.

Breastfeeding indeed is a priority at the national level yet the survey evidently shows gaps as well as advancements. Both early initiation of breastfeeding (EIBF) and exclusive breastfeeding (EBF) for the first six months are a must to ensure a healthy childhood and adulthood. Gujarat, Karnataka, and Maharashtra have shown improvement in EBF rates, but a majority of the states have shown a decline in the rates of EIBF.

With significant improvement in the rates of institutional deliveries, EIBF is a low hanging fruit. However, there is a catch. What further needs to be analysed is whether EIBF is a challenge in the private or public sector. Probably, it would be appropriate to identify where the challenges lie and accordingly take corrective actions. It has been globally recognised that counselling pregnant women in their last trimester about the benefits of EIBF is key to prepare the mother, an area where extensive work still needs to be done to improve the outcomes.

When it comes to malnutrition, there is a silver lining with approximately 5 per cent reduction in stunting that is low height for age among under-five children in Bihar. However, the picture is undeniably alarming in other states. On the other end, there is a spike in the rates of overweight among children in 20 states. This is indeed a paradox. Programmatic investments have already been made to tackle undernutrition, it is time that even overweight, obesity and non-communicable diseases are taken up as a priority in both facility-based and community-based programmes.

Flood-prone states like Bihar and Assam have seen a rise in the prevalence of diarrhoea, especially in rural areas. Studies show a correlation between poor sanitation and undernutrition. It is crucial to bring in a systems approach to see that progress on all other fronts to sustain progress on the nutrition front. The simple message is, do not let the guard down.

Iodine deficiency disorders control programme has been the most successful public health program in India, yet this survey shows nearly 10 per cent decline in the household use of iodized salt in Meghalaya. The survey also does not answer if the salt being used is adequately iodised. This calls for a deep dive into the issue with a focus on the quality along with coverage.

Lastly, let’s talk about the elephant in the room. Health services have improved at large, including immunisation, mother, and child health services to name a few. Regrettably, most interventions that have not shown desired outcomes are the indicators for which interventions are being delivered through multiple channels, involving more than one department or ministry. Nutrition is a cross-cutting subject, efforts will have to be multidimensional and if that is done well, outcomes will positively contribute to the wellbeing and progress of the country. It is high time to acknowledge that nutrition is an issue of national interest and deserves prioritization beyond the central level.

(Priyanka Bajaj is a Nutrition Expert at WeCan, a nutrition coalition.)