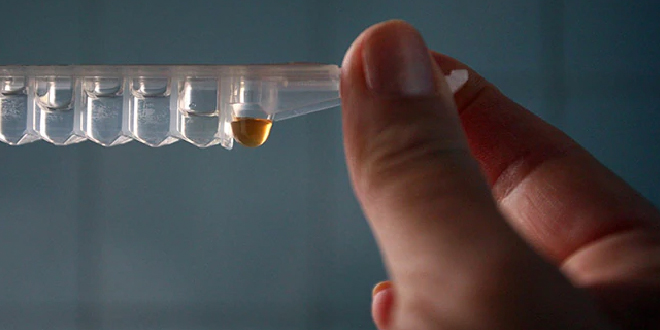 A consistent decline in cases of transmission of HIV was seen, the data said. (Representational)

New Delhi: Over 17 lakh people contracted HIV in the country in the last 10 years due to unprotected intercourse, according to the data provided by National AIDS Control Organization in response to an RTI query. However, the number of people contracting HIV (human immunodeficiency virus) in the last 10 years has come down significantly. HIV transmission by unprotected sex was recorded in 2.4 lakh people in 2011-12, while the number reduced to 85,268 in 2020-21.

Also, 15,782 people contracted HIV by transmission through blood and blood products from 2011-12 to 2020-21, and 4,423 contracted the disease by mother to child transmission according to 18 month antibody testing data.

Among all states and Union territories, a consistent decline in cases of transmission of HIV was seen, the data said.

The information on modes of transmission of HIV has been recorded by the counselor from the response given by HIV positive individuals during the time of pre-test/post-test counseling so the data is self-reported, the RTI application said.

HIV attacks the body’s immune system. If HIV is not treated, it can lead to AIDS (acquired immunodeficiency syndrome). The virus can be transmitted through contact with infected blood, semen or vaginal fluids.

Within a few weeks of HIV infection, flu-like symptoms such as fever, sore throat and fatigue can occur. Then the disease is usually asymptomatic until it progresses to AIDS. AIDS symptoms include weight loss, fever or night sweats, fatigue and recurrent infections.

HIV has no effective treatment. However, it can be managed with proper medical care. Satish Koul, Director, Internal Medicine, Fortis Memorial Research Institute, Gurugram said the HIV situation in India has been stabilising in the last one decade.

India has a very good network of NACO, a Government of India organisation, which is responsible for managing HIV patients right from his/her diagnosis. With easy availability of Highly Active Anti Retroviral Treatment (HAART), the prognosis of HIV patients has improved over the last two decades. In fact since the year 2000, the prevalence of HIV infected patients is on a declining trend, he told PTI.

On the declining trend in the transmission cases of HIV, Prabhat Ranjan Sinha, Senior Consultant, Internal Medicine, Aakash Healthcare, Dwarka said due to the COVID-19 pandemic and lockdown restrictions, HIV detection has been low in the country for the past two years.

Now that Covid has passed us by, the number of HIV patients is likely to rise. If a person tests positive for HIV, he should begin antiretroviral therapy (ART) as soon as possible, he added.

Earth Day 2022: PM Modi Expresses Gratitude To Mother Earth And Urges To Invest In Our Planet