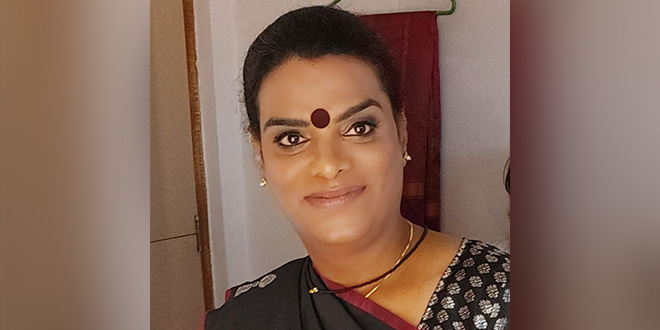 New Delhi: According to the World Health Orgnisation (WHO), while transgender people are around 13 times more likely to be HIV-positive than other adults of reproductive age, they have low rates of access to health services due to a range of issues including violence, legal barriers, stigma and discrimination. Furthermore, transgender people may experience family rejection and violation of their rights to education, employment and social protections. On this World AIDS Day, the team of Banega Swasth India speaks with Shreegauri Sawant, Transgender Activist and Trustee, Sai Savli Foundation Trust to understand why inclusion and diversity are key to ending inequalities and ending AIDS.

Shreegauri Sawant started a community kitchen for transgenders under the initiative called Sakhi Char Chaughi in Malad, Mumbai with an aim to provide a nutritious meal to transgender people. She said,

Most of the transgenders who are involved in sex work struggle for a nutritious meal on a daily basis. Sometimes even hotels discriminate against them and don’t allow them inside. So, we started this community kitchen to provide at least one proper meal a day.

She started an initiative called Sakhi Char Chaughi in 2000 in Mumbai to promote safe sex and provide counselling to transgender people. While talking about the socio-economic reasons for the high prevalence of HIV in Maharashtra and the needs of the transgender community, she said,

I started my journey in 1999 and I am still working on HIV. In 1999, the prevalence was only 6-7 per cent which has now increased to 8-9 per cent which is high. We have failed to reduce the prevalence of HIV in our community. Just providing condoms cannot be the solution to fighting HIV. We need to understand the actual needs of the community. Female sex workers, transgenders and migrants are worst affected by HIV. Access to food, shelter, health services, clean and safe toilets are needed. The vulnerable communities also need financial help for those who lost livelihood due to the COVID-19 pandemic.

Transgenders were recognised as ‘Third Gender’ with equal rights by the Supreme Court of India in 2014. However, they still face discrimination. According to Shreegauri Sawant, the stigma still persists because society is still not ready to integrate transgenders and sex workers and those with HIV face double discrimination. She said,

There is a lack of advocacy about HIV/AIDS in India. The community knows that we are sex workers and so it is very much possible that one day we may get infected. We don’t have discrimination within the community. The stigma is from the others.

Highlighting the impact of the COVID-19 pandemic on the transgender community, she said,

COVID-19 has negatively impacted the transgender community. Livelihood of sex workers was lost during COVID-19 pandemic. Not all the sex workers who lost their source of income got financial help from the government. If I won’t get food to eat, will I think about medicines?

Talking further about the need for inclusion she said,

For Transgenders being sex workers is the only way to fight hunger. They are part of our society, don’t shun them, accept them, understand their issues and then work out solutions.

She signed off saying that just as the country has succeeded in eradicating Polio, there is a need to do away with HIV/AIDS. She said that it is sad that after so many years of advocacy, World AIDS Day is still observed.

40 Years And Counting! Here’s Why We Still Don’t Have An HIV Vaccine