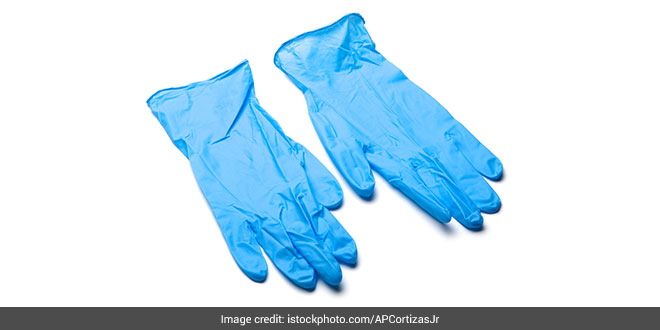 New Delhi: More than seven crore single-use gloves for voters to put on when they press the EVM button to cast their vote, over seven lakh units of hand sanitiser and about six lakh personal protective equipment (PPE) kits have been arranged for the three-phase Bihar Assembly polls amid the COVID-19 pandemic, Chief Election Commissioner Sunil Arora said on Friday. Announcing the schedule for Bihar the polls, he said 7.2 crore single-use gloves for voters to press electronic voting machine buttons, more than seven lakh units of hand sanitiser, about 46 lakh masks, about six lakh personal protection equipment (PPE) kits, 7.6 lakh units of face shields have been arranged.

Besides, 23 lakh gloves, apparently for polling and security personnel, have also been arranged. Bihar has 7.29 crore voters. In August, the Election Commission had issued broad guidelines for holding elections during the pandemic under which voters were to be provided with gloves to press EVM button and sign the register at polling stations.

he EC had also said that face masks would be kept handy at polling stations for voters who turn up without wearing one.

Mr. Arora said adequate quantity of soap and water would be kept at polling stations for sanitisation. A separate set of guidelines would be issued for voters who are residing in areas notified as “containment zone”, the CEC said.