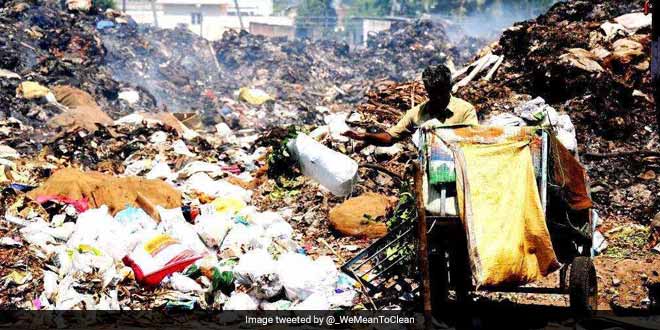 For years, the residents of Sectors 23 to 26 in Panchkula, Haryana have become habituated to the sight of garbage laden trucks crossing their homes and going towards the landfill site, less than 800 metres away from the populated residential sectors of the city. One of Haryana’s planned cities, Panchkula is dotted with well-designed residential colonies and individual homes, supported by wide roads. A basic expectation from a planned city is the strategic management of waste, but the residents of Panchkula have only encountered an overflowing and unscientific dumping yard. Worse, the residents are not happy with the municipal corporation’s approach to set up a new landfill site, as it is much closer to the residential area than the existing landfill.

Improvement of urban solid waste management is one of the Swachh Bharat Abhiyan’s mission objectives, and its execution is proving to a challenge for urban bodies across the country. The trouble for Panchkula began in from May 2016 when repeated complaints emerged of smoke coming out of the landfill site. The 12-acre landfill site near sector 23, which receives nearly all of the city’s daily generation of 90 tonnes of waste, had already exhausted its capacity to take in more waste and methane formation from the dumped garbage resulted in 15 incidents of fire breaking out at the site between May to December 2016. The Haryana Pollution Control Board had even given a notice to the Panchkula Municipal Corporation way back in 2010, asking it not to dump garbage in the landfill site anymore, but the notice was not adhered to.

The existing landfill is just a mountain of garbage. Fire breakouts are common since a huge pile of garbage is just sitting underneath tons of methane. For residents of Panchkula, the landfill site is a nightmare, said Dileep Brar of Unnat Vikas Parishad, a Panchkula based NGO working on solid waste management.

The existing landfill in Panchkula is a perfect example of urban municipal bodies choosing a large piece of land and disposing garbage in it without any scientific measures. The Panchkula landfill adheres to none of the regulations of the National Green Tribunal (NGT). The waste is unsegregated, not covered with soil post disposal, not compacted or compressed to contain dangerous gases and does not even have a boundary. The condition of the residents can be well imagined if a landfill site, merely 800 metres from their residences continues to function at such unhygienic conditions.

The Panchkula Municipal Corporation in 2015 had floated the idea of setting up an alternate landfill site, fulfilling all the NGT guidelines. The problem however lies at the potential site location itself at Jhuriwala, merely 200 metres from Sector 23’s residential buildings in Panchkula. Ever since the location was shortlisted as the potential location for the landfill site in December 2015, residents of Panchkula have cited environmental and health concerns as a landfill site is too close to residential areas would definitely impact them severely.

We had hoped that the municipal corporation would choose some site which is further away from residential habitats. Bringing it closer makes it even worse for us , even if it is better designed than the existing landfill, said Mr Brar.

Jhuriwala is also home to the Khol Hi-Raitan wildlife sanctuary, and a landfill site close to it will have an impact on the wildlife in the sanctuary. One of the primary concerns of the residents of the four sectors is that the earlier landfill had also caused severe water pollution as contaminated water seeped underground and inevitably came up via tube wells and taps. Panchkula residents are afraid that a repetition of the same might happen if the landfill is shifted nearer.

The municipal corporation has maintained that the proposed landfill site is still a proposed one and no final decisions have been taken regarding the site. The civic body is looking for alternate sites away from local population and has also suggested a site near Mattawala village in Ramgarh. The civic body however, had no immediate solution to the massive mound of waste that has already accumulated in the existing landfill at Sector 23.

We understand the concerns of the residents and that is why nothing has been finalised yet. The new landfill will be completely scientific in nature, and we can actually utilise the waste disposed in it, unlike the old landfill. We are trying to come up with a new location so that the construction of the new landfill can begin as soon as possible, said Rajesh Jogpal, Commissioner, Panchkula Municipal Corporation.

The municipal commissioner however, said that at present, there was no other site for waste to be dumped, other than the Sector 23 landfill.

At present, the Sector 23 landfill site is our only available space. We could not adhere to the state pollution control board’s notice of not dumping waste there because we have no other site. We are trying to encourage more waste segregation among the local people so that the amount of waste generated daily comes down, said Mr Jogpal.

Like several urban local bodies, Panchkula faces a waste crisis, stuck between a dead and decaying landfill and a proposed one which may hamper the local residents even more. It is imperative that the municipal corporation immediately begins the construction of a scientifically designed landfill, but more important is adherence to NGT guidelines of not being located near residential areas. A landfill in a residential area defeats the whole purpose of solid waste management and contributes to severe environmental and health hazards.

Also Read: Not Far From Lucknow, Mountains of Garbage In India’s Dirtiest City

Before the 2019 Prayag Ardhkumbh Not Even A Single Drain Or Garbage Will Flow Into Ganga: Uttar Pradesh Chief Minister Yogi Adityanath