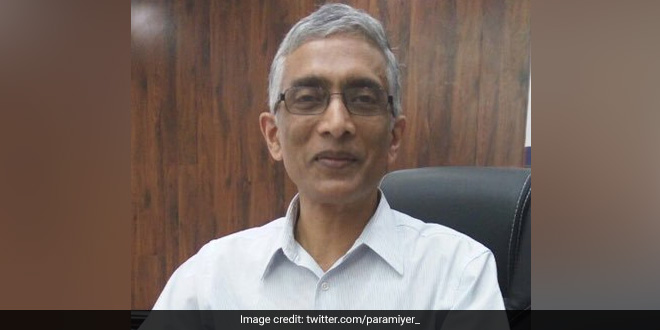 Back then, I and my wife were in Hanoi, Vietnam, watching PM’s speech on Television and we were completely blown away by the fact that Indian PM was talking about toilets, and the dignity of girls and women being important from the Red Fort. In this programme, it was the political leadership and weight of the PM behind the progamme which made all the difference. Secondly, it was about implementing the programme together with the state government and ultimately it became a people’s movement (jan andolan).

My Iyer very categorically said that the success of a people’s movement in India is evident with Swachh Bharat Mission (SBM) becoming a global story. He said that India contributed in a big way in achieving sustainable development goal (SDG) 6.2 focused on safe access to sanitation. He added,

Before SBM started, 1 billion people in the world practiced open defecation and 60 per cent were in India. By becoming ODF, we achieved a major stride towards SDG 6.2 on safe access to sanitation. That is a big contribution of India.

Mr Iyer who was formerly the Secretary at Ministry of Drinking Water and Sanitation has been at the forefront of helping rural India achieve the coveted title of ODF. Mr Iyer noted that the gains made under the Swachh Bharat Mission went beyond ensuring the security and dignity of girls and women as it also led to major health outcomes. Mr Iyer further said that the progress made on the sanitation front needs to be sustained which is why in February 2020 the government launched the second phase of the Swachh Bharat Mission. Under phase 2 of SBM, the government of India is focusing on sustaining the ODF tag and achieving ODF plus tag by 2024. Talking about the key focus areas of phase 2 of SBM, Mr Iyer said,

Currently, the world is facing an unprecedented crisis with the COVID-19 pandemic and as reiterated by the experts, one of the key tools against COVID-19 is people’s behavior. Under Swachh Bharat Mission also, behavior change was given prime importance. Sharing some of the lessons from SBM that can be applied now in fighting the COVID-19 pandemic, Mr Iyer said,

We always talk about the 4Ps which we learned under SBM and that is political leadership; public financing; partnership; people’s participation. We have learned that massive behavior change campaign which was run at two levels – one was through mass media that is television, newspaper, social media, and getting celebrities to talk about the importance of swachhta. Secondly, the interpersonal communication where we had village motivators whom the Prime Minister referred to as Swachhagrahis, we had one in every village. Swachhagrahis would talk to villagers at a community level and make them understand the importance of sanitation and hygiene and help to trigger the switch in behaviour.

Mr Iyer further noted that push at behavior change is at the heart of all the campaigns and a strong communication campaign is underway in fighting COVID-19 as well. He also added that all communication tools used in promoting the idea of ODF India are relevant even now in disseminating the COVID-19 precautionary measures – wearing a mask, handwashing with soap and practising social distancing.

Talking more about the success of Swachh Bharat Abhiyan that led to India becoming ODF in five years and lessons from the campaign, Mr Iyer said,

Prime Minister had always mentioned that SBM was never about a government initiative but a jan andolan (people’s movement). So, we learned the role of public financing, the importance of investing in sanitation and public health. SBM also partnered with the development organisations like UNICEF, WHO, Gates Foundation and at grass root level with panchayat and sarpanches. I think all these messages are now resonating and being deployed in the COVID-19 situation.

Before signing off, Mr Iyer shared the ABCDEF of implementation of large programmes that applies to other such large scale programmes as well. He said,

A stands for ‘align’. Prime Minister set out the mission but it was everyone’s duty to align with it. B is to ‘believe’. We had to believe in this ambitious programme and create a team at the center and state level. C is for ‘communication’ which was at the heart of the programme. D is to ‘democratise’; bring it down to the village and community level and make it a jan andolan which is what PM always wanted and also happened. E stands for ‘evaluate’; it was important to have an external evaluation to validate the results of this programme. All the toilets were geo-tagged. The evaluation was important for credibility. Lastly, F means ‘follow through’. Sanitation never stops. It is to sustain.

Also Read: From WASH To COVID-19 And Menstrual Hygiene, Bhopal’s Alomati Ray Is A True Warrior Of Change

COVID-19: Entire Delhi Can Be Vaccinated In A Month, Says State Immunisation Officer