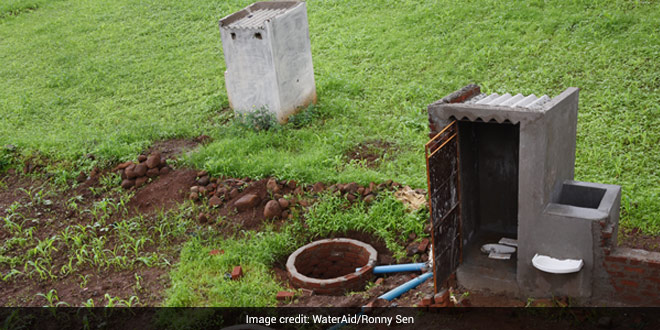 New Delhi: In 2009, when Poonam Rani, head of Hirmatkala village in Mewat, Haryana, got married, she not only had to leave her house, but also access to safe sanitation. Unlike other married women, Poonam’s first morning, post marriage started with carrying a metal pot filled with water in her hand to a nearby farm to answer nature’s call, accompanied by her mother-in-law. Post marriage, the challenge was not only to adjust into a new family and adopt their customs, but to hold her bladder until dark, and convince her mother-in-law to escort her every time she wanted to relieve herself.

When I agreed to get married to my husband and his family’s demand of giving up meat post marriage, little did I knew that I would be giving up toilet also, recalls Poonam Rani.

Also Read: World Toilet Day 2020: All You Need To Know About The Theme And Significance

“Initially, she would often wake me up in the middle of the night to be her chaperone. She would complain of an attack of collywobbles, and at times indigestion. During the rainy season, snakes and other insects would come out and there she would get scared of getting bitten by them, but we didn’t have an option”, recollects Shakuntala, Poonam’s mother-in-law.

It was not just the family but entire village that was openly defecating. It was in 2009-10 when Sulabh International, a non-profit organisation, working towards improving sanitation in India, decided to educate villagers about the health benefits of using a toilet and construct individual household twin pit toilets. The bulk of the cost of construction was borne by Sulabh, just Rs. 3,000 was paid by individuals constructing an individual household toilet.

The twin pit or twin leach pit toilet is a toilet technology that turns waste into wealth. It’s an on-site sanitation measure for houses where water table is low and enough space to construct the toilet along with two four feet deep circular pit. The two pits connected to junction chamber are used alternatively. Pit walls have a honeycomb structure so that watery part of excreta can percolate into the soil. The remaining content is left unattended to degrade and turn into manure. Twin pit is usually constructed in rural India, but people in urban India can also adopt for it, if they have enough space, says Dr. Bindeshwar Pathak, founder of the Sulabh International Social Service Organisation.

Poonam and her family was the first one to understand the vital role safe sanitation and toilet play in an individual’s life and get a twin pit toilet constructed at their premises. Having used it for over a decade, Shakuntala narrates the several positives of constructing the twin pit toilet at home.

Since we have a well painted toilet with iron door, and tiles, it costed us close to Rs. 45,000. But an individual can opt for different materials for the superstructure as per their economic condition and the availability of materials. For instance, brick and cement with RCC roof, stone wall with RCC roof, bamboo, or thatch, says Shakuntala.

Also Read: WASH Warrior: Meet 45-Year-Old Ganesh Nagle, Who Is Ensuring His Fellow Slum Dwellers In Bhopal Are Not Deprived Of Sanitation Facilities

2. Two pits: As the name suggests, two leach pits are constructed which can be used alternatively. According to the experts, in a family of five, a pit gets filled in three to four years. When the first pit gets filled, the flow of excreta has to be diverted to the second pit. So, one doesn’t have to worry about emptying a pit for at least for the next four years. 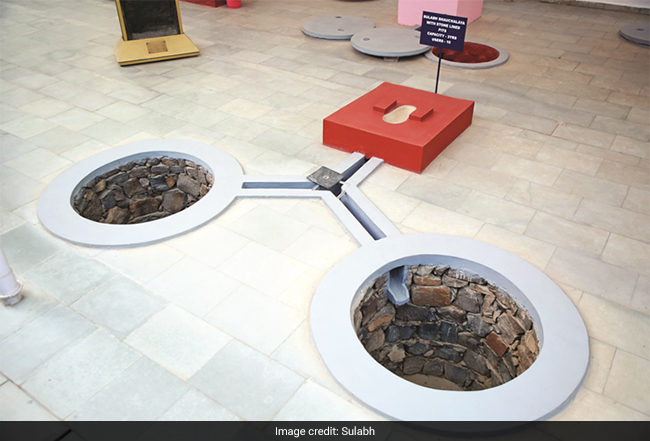 3. On site fecal management: Instead of emptying the first pit, users can leave its contents for two years to degrade and turn to solid, odourless, and pathogen free manure. This can then either be used for agriculture purposes or sold.

The first time I emptied the pit, I got five sacks full of manure, for free. I used it in my farm which resulted in good harvest, recalls Shakuntala.

4. Less Water Requirement: As compared to regular cistern flush toilet which requires 10-12 litres of water, twin pit needs only 1.5-2 litres of water to flush out excreta. Reason being 20 mm water seal in pans. Water seal more than 20 mm should be avoided as it requires more water. Use of more water reduces the life of leach pits.

While there are advantages of constructing a twin-pit toilet, there are some disadvantages as well. Shakuntala who has joined hands with Sulabh to school villagers on toilet construction, especially twin pit, narrates the negatives of the toilet technology.

1. High Chances Of Water Contamination: In high water table regions, there is a high chance of ground water contamination. If a pit if too deep which is over 4 feet, then too water might seep into the pit failing the sole purpose of having on site waste management.

One should not construct twin-pit near a water body as water from pit may leach into the nearby ground and contaminate the surrounding ground water source. Ideally, a distance of over 10 metre should be maintained between the two, says Shakuntala.

2. Not Suitable For Rocky Areas: In twin pit toilet, water percolates into the soil, but this can’t happen at rocky areas. Because of which pits gets filled frequently, making it difficult to manage waste.

The best thing is today we have our own personal toilet and now my daughter-in-law can use a washroom anytime and everytime. Though when we were getting a toilet made inside our house villagers would call us mad. They would say that we were inviting diseases, but today, each house in our village has an individual toilet, signs off Shakuntala.